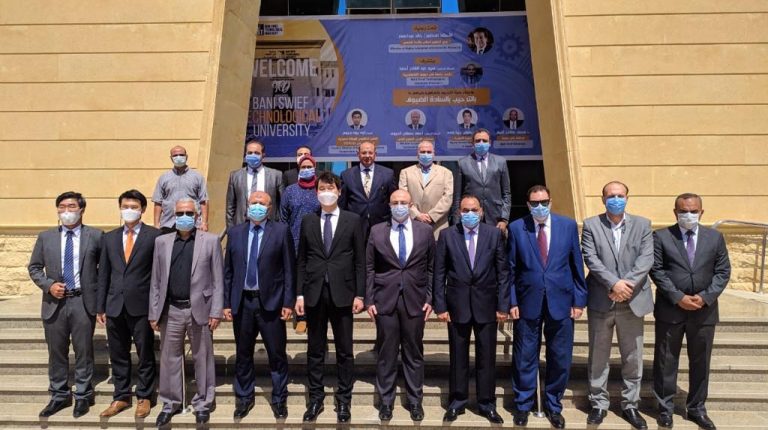 Beni Suef is now emerging as a manufacturing hub capitalising on its industrial zones and mega factories, according to the new South Korean Ambassador to Cairo, Hong Jin-wook.

The industrial projects include those set up by Samsung Electronics and other medium-sized South Korean companies, which require highly skilled and trained labour.

Ambassador Hong’s remarks came on Wednesday, on the sidelines of his first trip outside Cairo, to Beni Suef, since his arrival to Egypt in July.

During his meeting with Beni Suef Governor Mohamed Hani Ghoneim, Hong stressed that the governorate is a strategic partner for South Korea’s Official Development Assistance (ODA) in Upper Egypt.

This falls in line with the Egyptian government’s policy of promoting development in Upper Egypt.

Hong pointed out that his visit coincides with the signing of a Memorandum of Understanding (MoU) between the Korean National Human Resources Development Institute (NHI) and the Egyptian National Training Academy (NTA).

Following the meeting, Hong and Ghoneim toured the Beni Suef Technological University, a $5.83m project initiated by mutual agreement between the Egyptian and South Korean Presidents in 2016. It was established in 2019 by the joint efforts of the Korea International Cooperation Agency (KOICA), Egypt’s Ministry of Higher Education and the Beni Suef Governorate.

In the period since its opening, the university has established itself as a role model for educational and industrial development, and is already proceeding with further expansion through the two countries’ cooperation.

The leading educational institution in the region aims not only to empower Egypt’s youth and provide more youth job opportunities, but also aims to attract investment to develop the local economy.

Hong stressed his country’s keenness to support Egypt’s technical and science and technology (S&T) education. This falls in line with the importance attached by the Egyptian leadership on education and the expansion of technical universities to output skilled labour to meet Egypt’s aspirations for industrialisation and development.

Hong noted that choosing Beni Suef for such a project comes in recognition of Egypt’s efforts to develop the Upper Egypt region. It also recognises Korea’s interest in facilitating the creation of an eco system for industrial development in Egypt, by linking education outcomes with labour market needs.