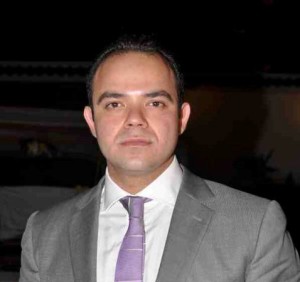 The Egyptian Exchange (EGX) has completed development of an account aggregation system that will be used for securities listed in Egypt’s small- and medium-sized enterprise (SME) market, starting from Wednesday.

It is expected that the system will contribute to facilitating the process of executing sale and purchase orders. It will do so by simplifying procedures for reserving and allocating securities from pooled accounts to the original accounts.

Farid said that the EGX administration had introduced several amendments to the consolidated accounts system in July 2019, to further activate and simplify the pooled accounts. This had previously witnessed some shortcomings before the development.

The most important of these was the reservation and manual allocation of shares by the investment manager for each client with the combined accounts, in case of selling or purchase. It also saw some codes stopped, due to changes in their identification data during the session.

He explained that the pooled accounts system’s recent update allows for more automated options in the reservation and distribution process as a result of selling or purchase, as part of the main and SME markets.

Farid added that during the development process in mid-2019, three methods were created to allocate the proceeds of sales and purchases. These were put in place to ensure selling and purchasing are undertaken equally or in proportion to each customer’s balance, the total quantity under implementation, or the quantity is manually recorded according to the customer’s desire.

It also confirms that controls and procedures have been established to solve stoppages in customer codes due to changing the encoding data at the request of the client during the trading session.

This step continues the EGX’s July 2019 development and simplification process on the combined accounts system, in cooperation with Misr for Central Clearing, Depository and Registry (MCDR). It has also allowed the EGX to work on the securities listed in the main market.

The procedure also coincides with the comprehensive development and structuring strategy for the SME market adopted by the EGX in coordination with all parties to achieve the desired goals. These are directed at enabling listed companies to grow and increase the volume of their business, along with enhancing the rates of liquidity and trading in this market on securities.