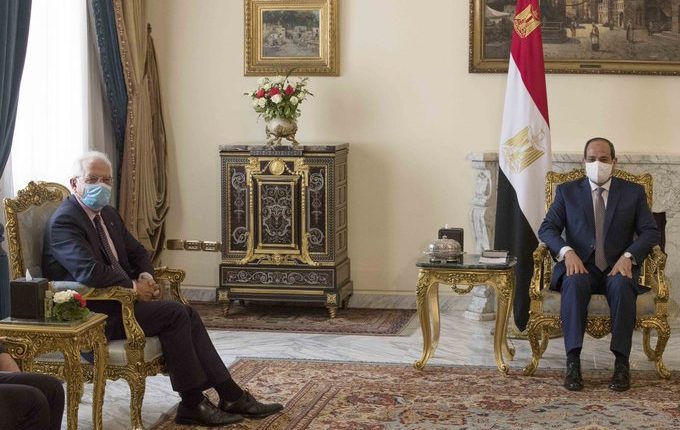 “Egypt plays a key role in the region and we strive for bolstering relationship and for further cooperating on issues of mutual interest. EU and Egypt are strong partners,” Borrell tweeted.

Borrell visit came two days after he visited Libya and met, separately, with Fayez Al-Sarraj, Head of the Government of National Accord (GNA) and Libyan Parliament Speaker Aguila Saleh.

Borrell discussed with Libyan rivals possible ways to push forward the political process, the return to 5+5 military committee talks, and to lift the oil blockade.

He voiced his support for the coordinated ceasefire between Al-Sarraj and Saleh announced in separate statements on 21 August, adding that “all external interference must stop.”