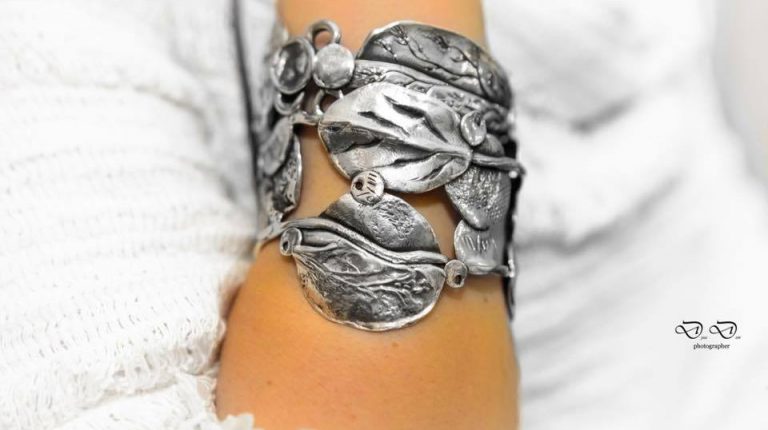 Jewellery designer Sarah Abdel Azim is uniquely simple and delicate in design, yet eye-catching and attention grabbing. Her work is not the clunky in your face variety either, instead bringing together the ancient history of Egypt’s passion for jewellery and the clean lines of modern tastes.

After she obtained a BA from the Faculty of Fine Arts’ Graphic Department in 1998, Abdel Azim turned to jewellery design. She has, in the course of her career, participated in many local and international exhibitions, and all whilst managing her own brand. She was the Commissary of the Gezira Arts Centre’s 4th Art of Jewellery Festival, held in Zamalek in January 2020.

Abdel Azim sat down with Daily News Egypt to tell her journey with jewellery design, and what inspires her at every step of the way.

How did your relationship with jewellery design begin?

I was influenced by my grandfather because he is a plastic artist, and I learned the art of drawing since my childhood. I studied Graphics at the Faculty of Fine Arts, but I had an interest in jewellery, especially old silver, from a young age, and I began to draw pieces of jewellery even though I did not know how to implement them.

By chance, I came across the famous sculptor Abdulaziz Saab. He saw my designs and praised my talent, so he directed me to a workshop, which was then the real beginning for my career, until I opened a gallery that featured my collections.

Has your work been influenced by your fine arts study?

Of course, I was influenced by my study of fine arts. I rely in my designs on spontaneity, and I deal with jewellery pieces as if they are a painting or a piece of sculpture.

How old is your brand?

I worked for seven years from the beginning of 1999 without a store, then I launched the brand in 2007, and the rest is history!

What prominent jewellery exhibitions have you participated in?

I have participated in many local and international exhibitions since 1999, including in Egypt, France, Austria, and several North Mediterranean countries. Among them are exhibitions at the Gezira Arts Centre in 2002, 2003, 2005, and 2008. I also participated in several group exhibitions, including the Droub Gallery – Picasso Hall and the “Egyptian Colours” exhibition at the Italian Cultural Institute in 2000.

I also took part in all sessions of the Gezira Arts Centre’s Art of Jewellery Festival in 2002, 2006, 2008, and 2020, as well as an exhibition entitled “Noun and Arts” at the Picasso Gallery for Plastic Arts in Zamalek in February 2006. Alongside this, I have exhibited at an exhibition of art and society covering both halls in the Gezira Arts Centre in January 2008, and a Creations of silver handicrafts exhibition in the Droub Gallery in Garden City, in November 2009. This was alongside a number of international group exhibitions abroad, such as the North Mediterranean Exhibition in Paris in 2004, and the Egyptian Jewellery Exhibition in Vienna in 2007. 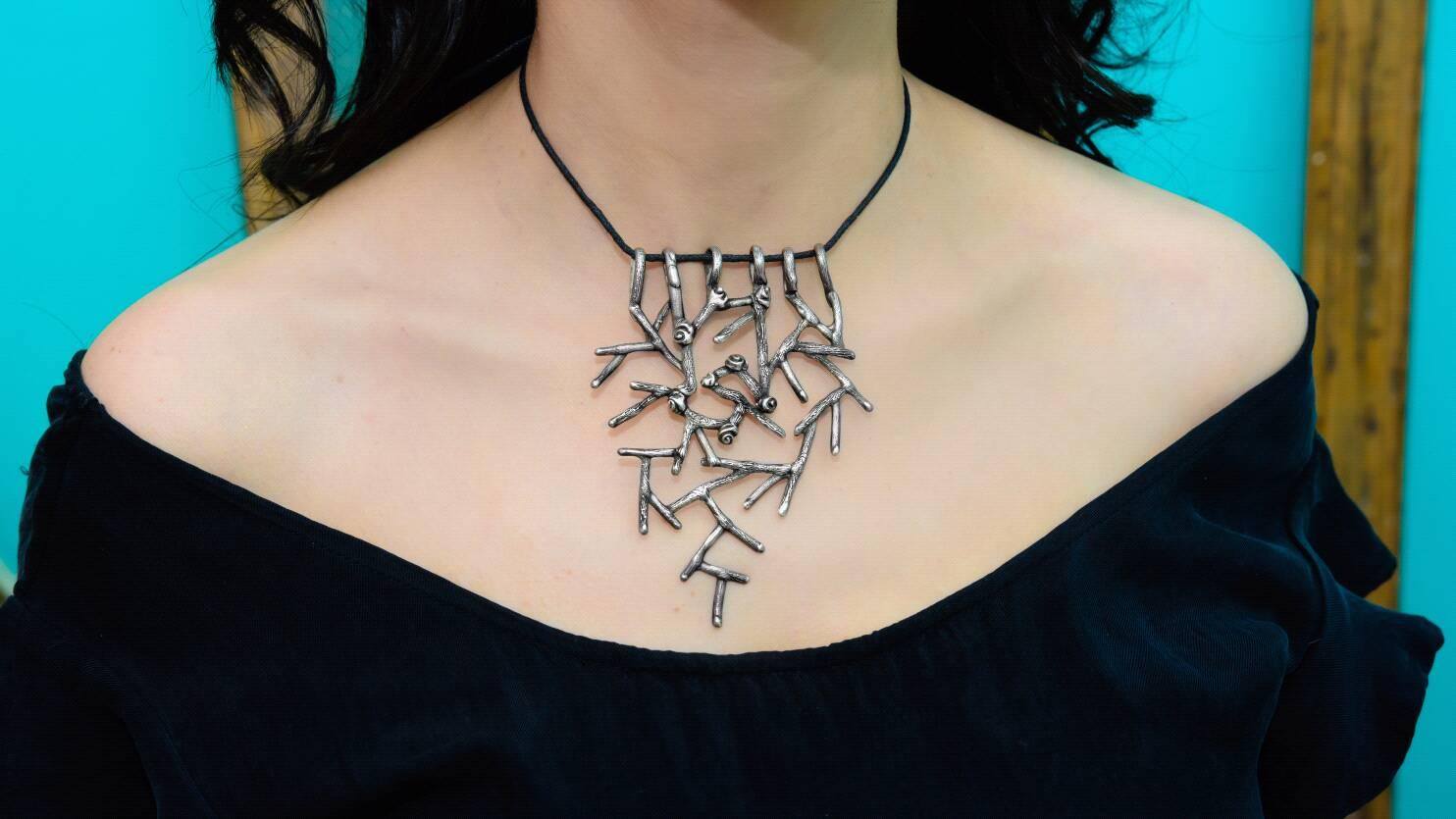 Where do your inspirations for the designs come from?

They come from the Turkish heritage and nature, as my designs use roses, trees, plants, and birds, and I have resorted to methods of summarising shapes such as boats and the [River] Nile. I look for the artistic story in the piece of jewellery. I also like the art deco and rococo schools a lot.

How do you cut your jewellery designs?

I do not rely on placing designs, but work directly on wax as if it were a painting or a sculpture.

Which materials do you use in your business?

I use silver calibre 900, because its colour darkens with use, showing the details of my designs that suggest age. I do not like to use Italian silver 925, as it does not change colour quickly, and I consider its bright colour among its defects. Gold and bronze were also used, but by special request from clients.

Do you implement your own designs or rely on craftsmen?

I do my own work myself using lost wax, or what is known as casting.

Are there certain technologies that you can rely on?

I used to use more than one technique in creating jewellery, but I settled on casting because I can express what I want in the piece and give it more privacy. It is done by pouring gypsum on the wax in a mould, and then exposing it to heat to lose the wax, after which silver is poured. After this has cooled, the gypsum is broken to obtain the desired shape. 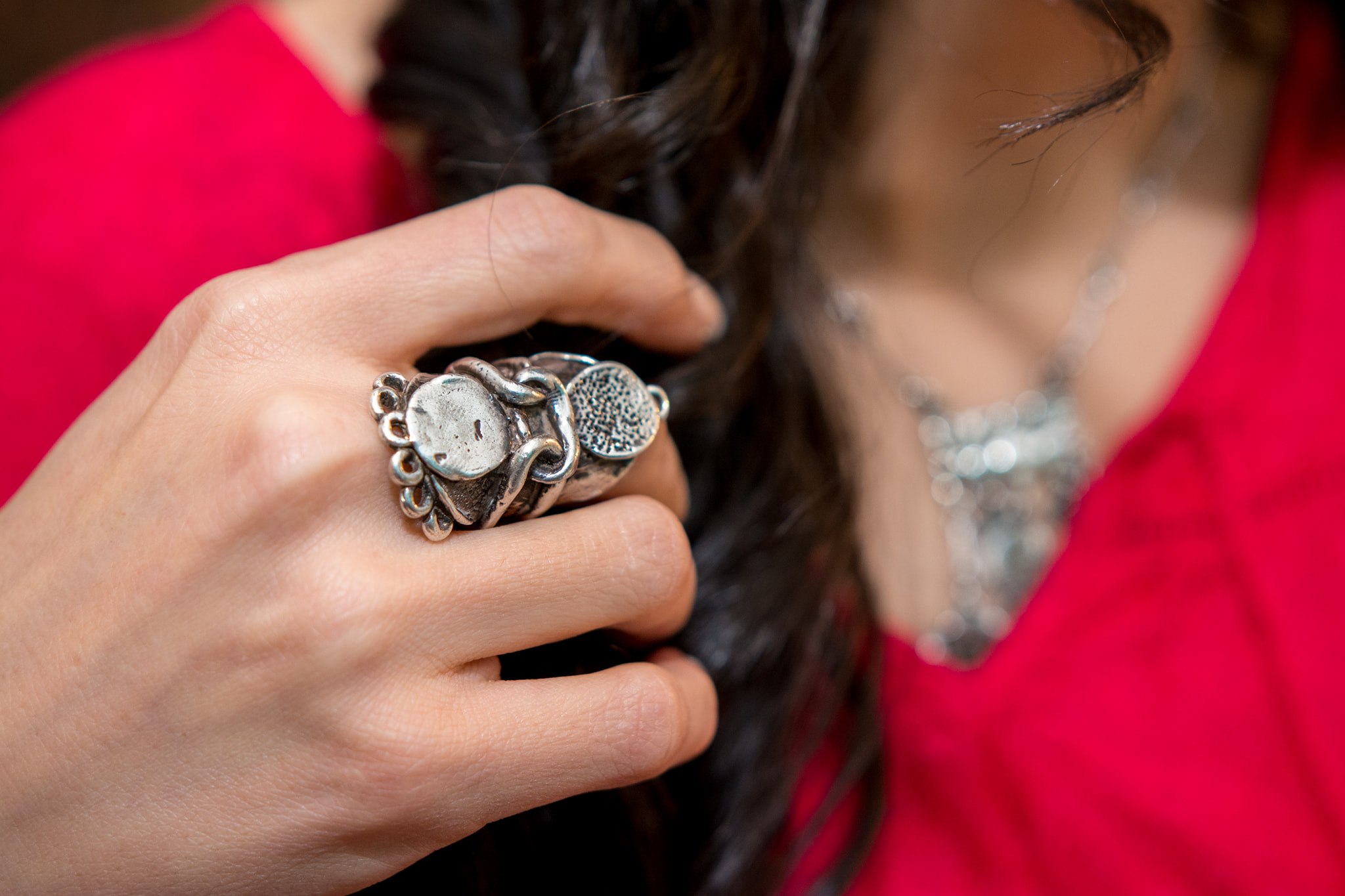 What artistic influences are there in your jewellery?

I feel that my Egyptian genes are present in my work, including Islamic, Bedouin, and Pharaonic. I prefer to say, however, that the environment around me is the most artist I have been inspired by.

Can you brief us on the Festival of Jewellery Art that you presided over?

The exhibition is held in the plastic arts sector halls, and depends on choosing a good product for the participating artist without obtaining a percentage or rent for the hall. The first session of the festival was held in 2002 at the hand of the late artist Mohamed Rizk, the former director of the Gezira Arts Centre.

The irregularity of its sessions and the decrease in its privileges are among the main drawbacks of the festival, and the organiser should hold it at least once every two years. We need the festival to be available as the face of Egypt’s jewellery scene for external participants, and rotate around Egypt to be held in places such as Alexandria and Aswan.

This would come in addition to organising seminars and international competitions on the side-lines of the festival. The most important feature of the festival is that it has brought to the fore many talents that did not study art in specialised technical colleges, and allows them to prove themselves through a festival organised by the state. 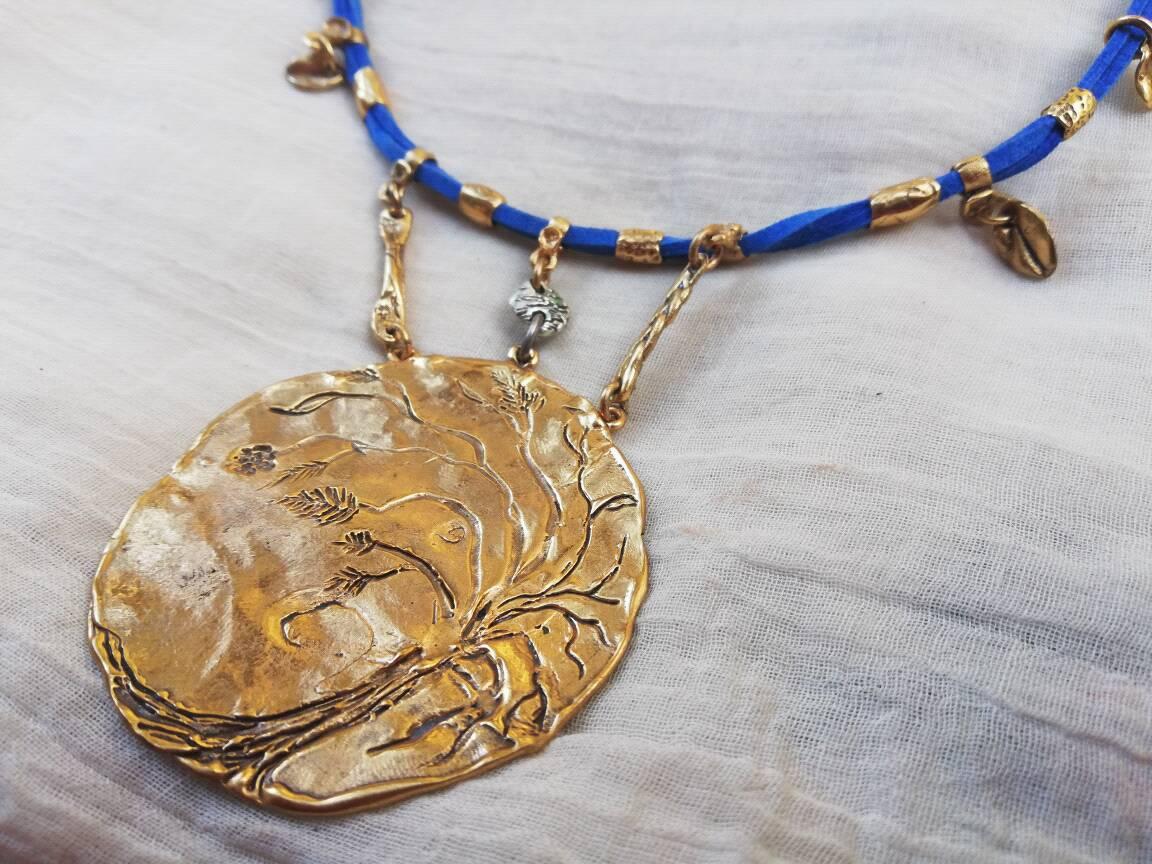 Unfortunately, much of the market depends on imitation! Egyptian heritage is rich and renewable, but no one will pay attention to it.

What are your top tips for designers?

Be patient, do not rush, give your ideas time to enrich, go for heritage, and watch the work of local and international designers often. There is no objection to collaborative work between designers, the exchange of ideas, and the creation of a state of an intellectual clash between designers is a health condition.

What is your plan for the next stage?

I am seriously considering establishing an association of jewellery designers that incubates young talents. It would allow them to express their problems and provides them with educational opportunities and communication to promote education.

‘Our Heritage’ handicrafts exhibition to launch on Saturday