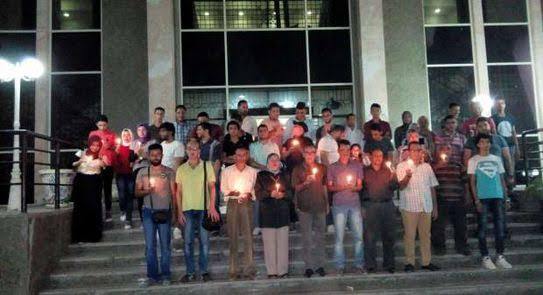 A commemoration event for the victims of the 2005 Beni Suef Cultural Palace fire is scheduled for Saturday night at the National Theater at Cairo’s Attaba district.

The 15th anniversary ceremony will be held as a part of the 27th Cairo International Festival for Experimental Theatre’s activities, in the presence of Minister of Culture Inas Abdel Dayem.

Every year on 5 September, a memorial is held following the tragic fire at the Beni Suef Culture Palace, which killed over 50 theatre artists and critics from across Egypt, and which injured dozens more. Those attending light candles at the Cairo Opera House and the Beni Suef Cultural Palace in remembrance of those who died.

The fire erupted in 2005 during a performance of The Zoo Story, a one-act play by Edward Albee. The performance was part of the Amateur Theatre Festival organised at the Beni Suef Cultural Palace by the General Authority for Cultural Palaces, an arm of the Ministry of Culture.

The fire started when a burning candle lit flammable materials that formed part of the on-stage scenery. Victims of the ensuing blaze died both from burns and in the stampede.

Following the incident, the then-Minister of Culture Farouk Hosni resigned, although his resignation was later revoked by the then-President Hosni Mubarak.

In 2011, 5 September was announced as Egypt’s National Day of Theatre in honour of those who lost their lives in the tragedy,.