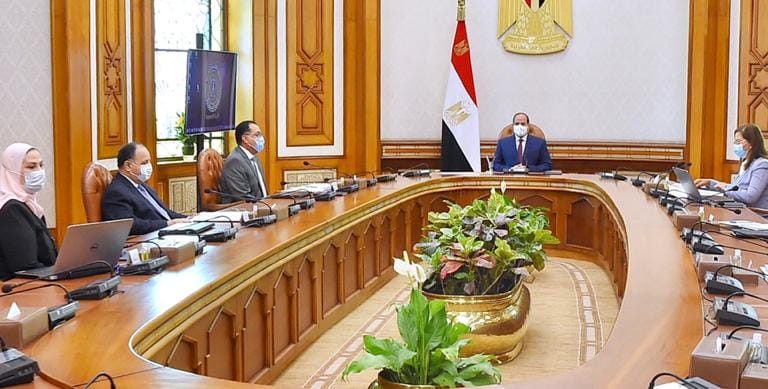 Speaking during a Sunday meeting, the president directed all government bodies to collectively introduce a sound development model, which takes into consideration all aspects of rural development, including community-based awareness.

The meeting followed up on the progress of the development project of the Egyptian countryside, which targets 1,000 villages nationwide, within the framework of the “Decent Life” initiative.

The participating ministers also briefed Al-Sisi on the progress of social safety net and poverty reduction programmes that are being undertaken in cooperation with the country’s civil society organisations.

Moreover, the meeting tackled the national programme to support and regularise fishing, under which, fishermen will be provided with social protection.

Al-Sisi directed the provision of protective and safety equipment to fishermen under the programme. These equipment will be financed by Tahya Misr Fund.

Egypt has been boosting social protection measures since it commenced the economic reform programme in 2016.  The North African nation expanded the Takaful and Karama programme to reach 3.5 million households and 10 million beneficiaries, in addition to expanding the social pension budget to reach another 1.7 million households, and the general pension as well.