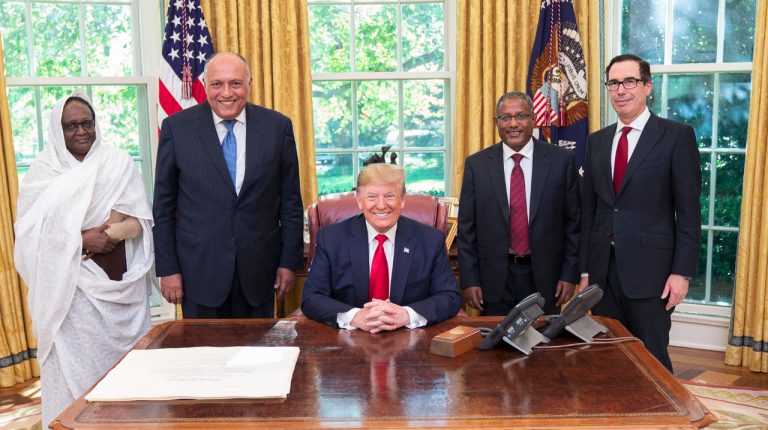 Ethiopia has hired a US lobbying firm, in a bid to step up its influence with the US administration amid rising international tensions over its massive River Nile dam project. 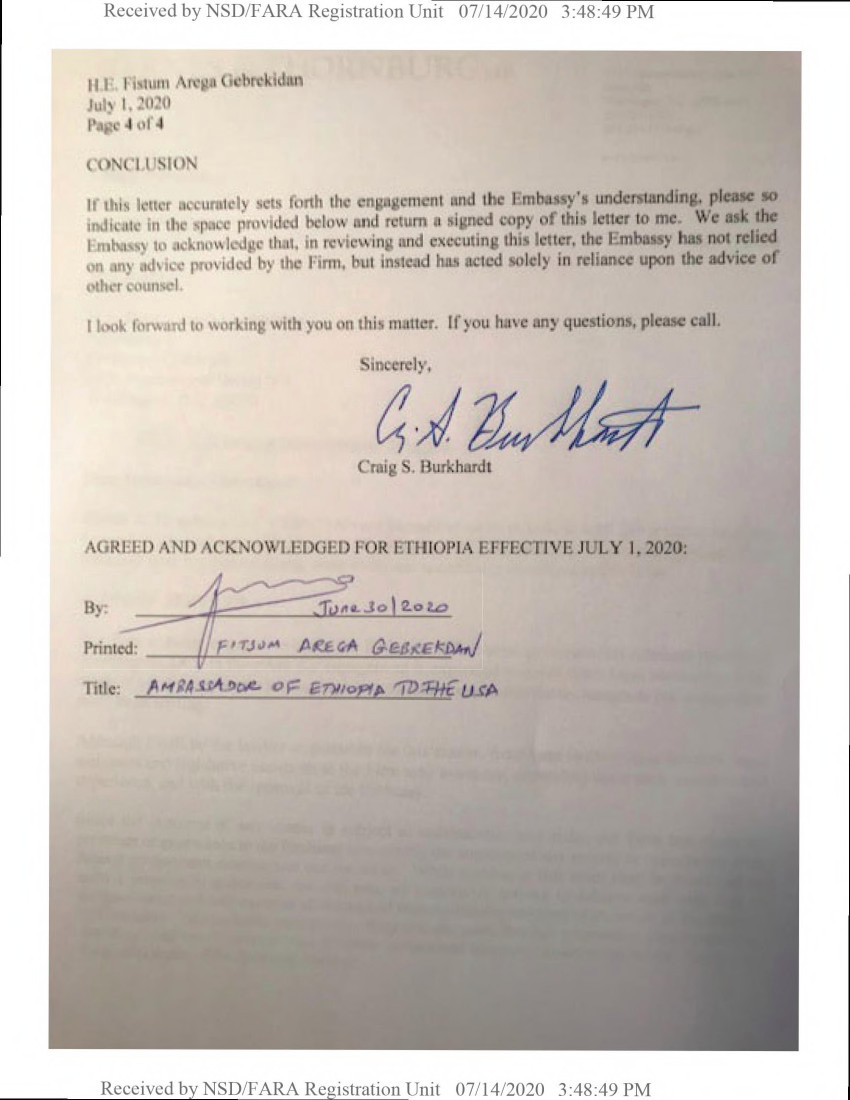 The dam, entitled the Grand Ethiopian Renaissance Dam (GERD), has been the centre of an international dispute, as a series of talks between the three nations involved have faltered, despite African Union (AU) meditation.

Last week, the US State Department announced it would cut $100m in foreign assistance to Ethiopia, in response to authorities there unilaterally filling GERD reservoir.

According to documents filed on 30 June with the US Department of Justice, of which Daily News Egypt have obtained a copy, the Ethiopian Embassy in Washington DC has signed a three-month contract, worth $130,000, with Indiana-based law firm Barnes & Thornburg. The filing was signed by Ronnie L. Miller, who serves as federal compliance counsel for the firm.

Miller’s bio on the firm’s website notes, “He actively assists clients in their federal government relations needs, including advocating for client interests with members and staff of the House of Representatives, the Senate, the Executive Office of the President, and the Office of the Vice President, as well as numerous federal agencies.”

“The Registrant will assist the Embassy in arranging meetings with government officials on matters of interest to the Embassy, and assisting in strategic planning and advocacy for those interests,” the filings states. Barnes & Thornburg partner Craig Burkhardt is the only registered agent on the account.

The lobbying contract comes as Ethiopia faces multiple internal and external challenges, most prominent of which are the GERD dispute, and ethnic violence in its largest province, Oromia, following the assassination of the prominent Oromo singer Hachalu Hundessa.

The country is also dealing with a rather public feud between its Prime Minister Abiy Ahmed and the ruling party regarding the strategically important Tigray region. Ahmed’s government has been criticised for postponing long-awaited elections until next year, over concerns due to the novel coronavirus (COVID-19) pandemic. The decision was disputed by the Tigray regional government, which has decided to press ahead with organising its own election for its parliament on Wednesday.

Along with these domestic woes, Ethiopia is facing heightened tensions with its downstream River Nile neighbours, Egypt and Sudan, over the filling of the disputed dam on the Blue Nile.

US President Donald Trump has sought to broker a three-way deal, an agreement which fell through as Ethiopia refused to sign.

Afterwards, US Secretary of the Treasury Steven Mnuchin said that the dam’s filling “should not take place without an agreement” [between the three countries].

On 15 July, talks between Ministers of Water and Irrigation from the three involved countries involved in the talks, Egypt, Ethiopia and Sudan, resumed under AU supervision. Ethiopia, however, announced that it started the first phase of the dam’s filling with 4.9bn cbm of water in early July,  due to the area’s rainy seasons having started.

The move was rejected by Egypt, which depends on the River Nile for 90% of its water needs, and remains concerned that the GERD will shrink its share of water from the river. It has argued that the project is likely to cause harm to its people, with water scarcity already a problem in Egypt.

The AU’s Assembly of Heads of State and Government has urged Egypt, Ethiopia, and Sudan to work expeditiously, with the support of AU experts and observers, to finalise a binding agreement on the GERD’s filling and operation. However, Ethiopia said that it was unwilling to sign any legally binding water agreement. 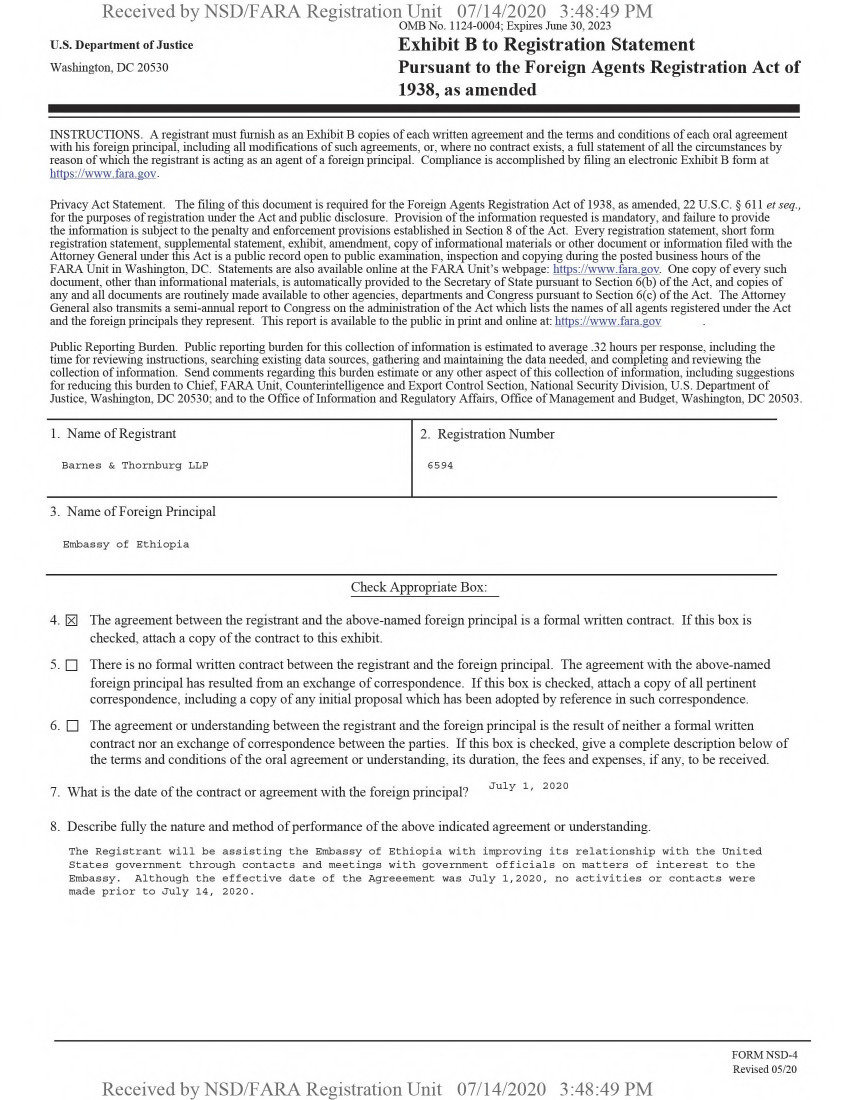 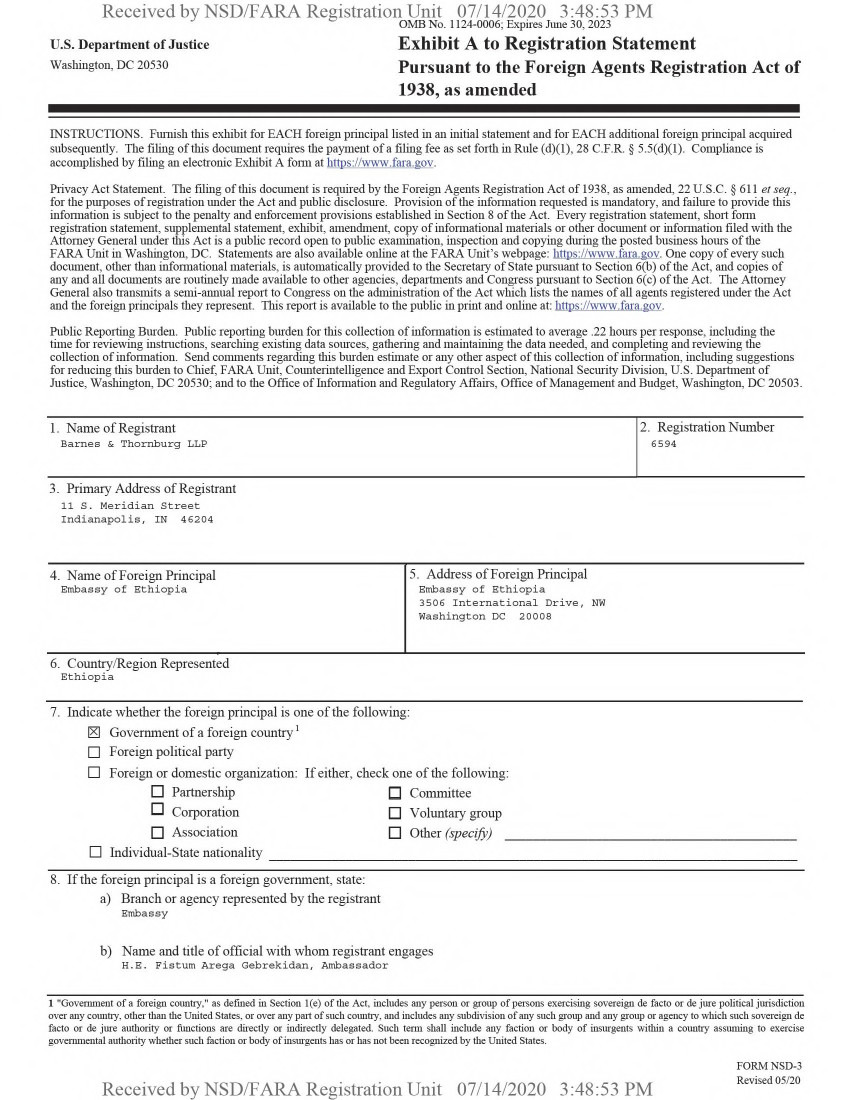 Egypt: The question of the environment