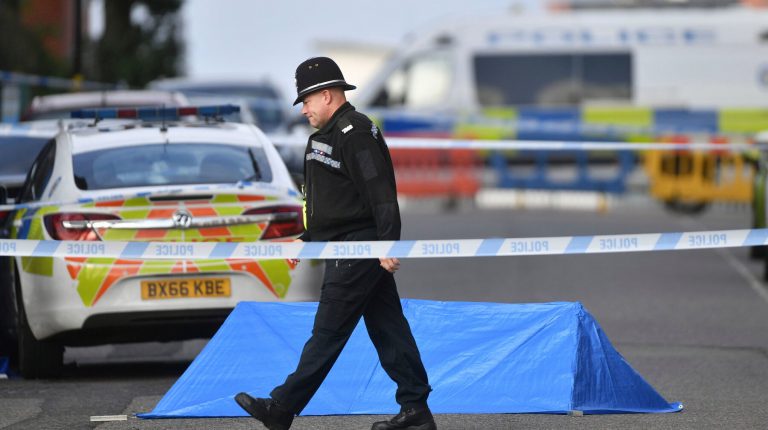 One person was killed and seven wounded in a stabbing incidents that occurred in the UK city of Birmingham, on Sunday, local British media reported.

In a statement, West Midlands Police said, “We can now confirm that we’ve launched a murder investigation following the events in Birmingham city centre overnight.”

The statement added that one man has died as a result of his injuries. A man and a woman have suffered serious injuries, with five others also reportedly injured, although they are not thought to be life-threatening condition.

West Midlands Police noted that the stabbing incidents, which took place between 12:30am and 2:20am on Sunday morning, are linked.  They asserted that police are now proceeding with investigations to identify those responsible, with this now being declared a major incident.

Detectives are following a number of lines of enquiry, with police personnel also increasing a uniformed and armed presence across the city.

It had earlier been announced that officers were called to reports of a stabbing in the city centre at 12:30am on Sunday. Following the initial reports, a number of other stabbings were reported in the area.

“Work is still going on to establish what has happened, and could take some time before we are in a position to confirm anything,” West Midlands Police said, “At this early stage it would not be appropriate to speculate on the causes of the incident.”

They also denied reports of gunshots being fired, but they noted that the assailant who committed the two-hour stabbing rampage remains at large. The stabbings do not appear to be terrorism-or gang-related, and is not connected to mental health.

‘Every dark skin in Israel is now a target’