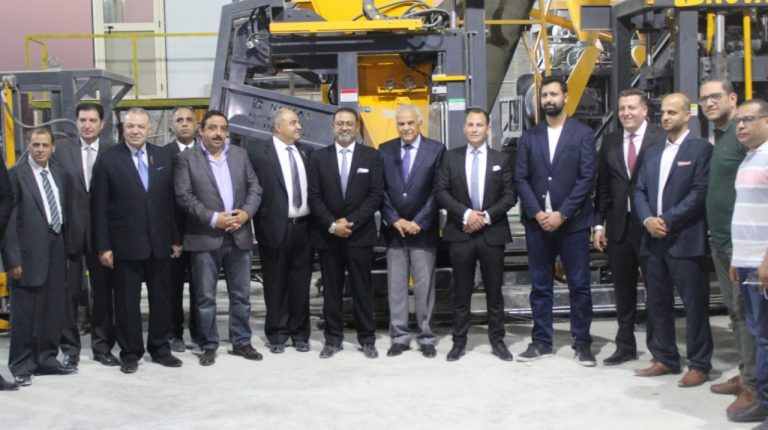 Arabia Holding has launched a factory for cement bricks, in partnership with Alazaizy Group, according to Arabia’s Vice Chairperson Ahmed Shokry. The factory is set to supply the former’s Sun Capital project with its cement bricks and interlocks needs.

Shokry said that his company is currently studying the establishment of two production lines for wood and aluminium, which will also serve Sun Capital developments.

He added that the company is currently operating three concrete plants, with a capacity of 30,000 cbm per month, to serve the project’s construction needs.

Sun Capital is a new city located in sight of the Great Pyramids in Giza, and stretches over 575 feddans. The project is a co-development concept between the Arabia Holding and Egypt’s Ministry of Housing, Utilities and Urban Communities.

Shokry noted that the bricks factory targets a production capacity of 22,000 units per day, which will be completely directed to the Sun Capital project. The plant’s production complies with international and Egyptian building codes, with investments worth EGP 45m.

He elaborated that the company has established the factory to support the Sun Capital’s construction rate, improve quality, and accelerate the project’s implementation.

Shokry pointed out that 35 contracting companies are working on the project, a number which is expected to rise to 80 in the coming period.

He added that the implementation rate is ahead of the schedule set for the project, and has not been affected by the coronavirus outbreak at all. However, he stressed, the company fully adheres to the precautionary measures required at work sites.

Moreover, Alazaizy Group Chairperson Mohamed Al Azaizy said that the new factory will be built on an area of 8,000 sqm. It ensures reducing costs and time, and speed up the construction rate of the project. He stressed that the production proceeds under engineering supervision to ensure high quality.

Al Azaizy noted that that the partnership with the Arabia Holding is an important step in enhancing the Alazaizy Group’s activities. This is particularly as it provides high-quality products for the company’s projects, foremost of which is the Sun Capital development.

He added that the factory provides special designs for Sun Capital which are different to those of other projects, being one of the most important projects in West Cairo.