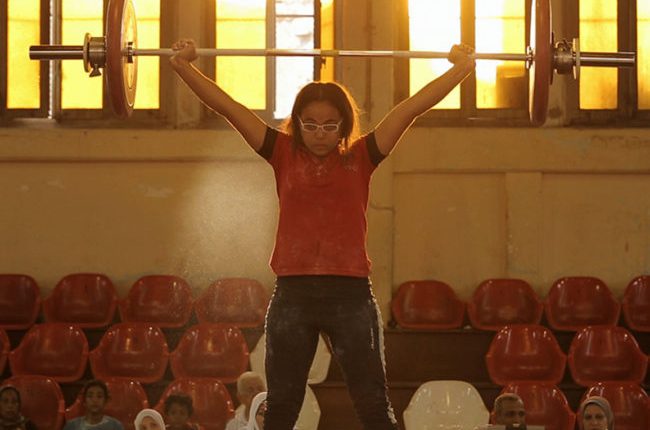 The Cairo International Film Festival (CIFF) has selected the Egyptian documentary film, Lift Like a Girl, by director Mayye Zayed, to participate in its 42nd edition. The film’s selection means it will now have its Middle East and North Africa (MENA) region premiere.

Shot over the span of four years, Lift Like a Girl follows a 14-year-old Zebiba, a weightlifter who is on the path to realising her dream of becoming the world champion.

Zebiba, who trains daily, is following in the footsteps of her coach’s daughter, Nahla Ramadan, Egypt’s top weightlifter and former world champion. Her coach, Captain Ramadan, spent the last 20 years training young girls to weight-lift on the streets of Egypt’s second city, Alexandria.

Commenting on the film’s selection, CIFF President Mohamed Hefzy, who is also himself a producer and screenwriter, said that the festival’s artistic management was intent on inviting it to participate in the 42nd edition.

The invitation stems from the importance of the documentary film as a genre, one that has been underrepresented in past editions, in addition to the festival’s belief that Lift Like a Girl is among the most important Arab films of 2020. 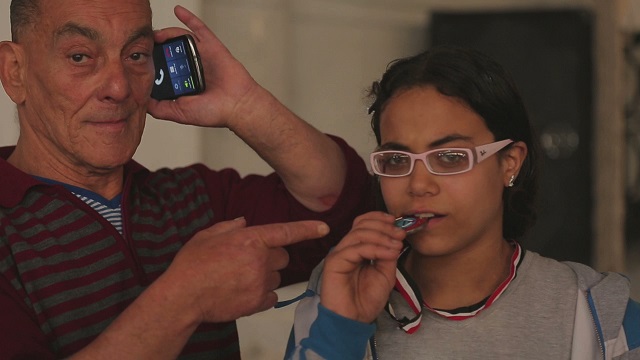 Hefzy acknowledged that some may view the selection as unusual, particularly since last year’s International Competition featured Marianne Khoury’s documentary film Let’s Talk. However, he is confident that, in November, audiences will quickly get on board.

The film’s director, Mayye Zayed, said she is proud and excited that Lift Like a Girl is set to participate in CIFF’s International Competition.

“Even though I’m so excited that the film is participating in the Toronto Film Festival this September, the fact remains that it’s more important to me that the film is viewed by as many Egyptian audiences as possible, and for the audience to interact with the film via the Cairo Film Festival’s prestigious screen,” she added.

The film explores the theme of dreams, zooming in on people who do whatever they can to achieve their dreams, according to Zayed. While all the girls who appear in the film have won at least one national championship, some have won medals in regional and world championships as well as the Olympic Games.

The idea behind Lift Like a Girl came to Zayed in 2003, after she read about Nahla Ramadan’s victory in the World Weightlifting Championships.

“This inspiring story was very interesting to me. I wanted to know more about her, and about where these girls find the strength to achieve their dreams in a male dominated sport,” she said. “In 2014, I went to visit the site where the girls train, in front of the Port of Alexandria, where Captain Ramadan has spent his life training and preparing his daughter Nahla, and many others, to become local, regional and world weightlifting champions. This is where the film’s six-year journey began, of which four of which were dedicated to filming, and more than a year and a half to editing.”

Zayed is a director and producer. She studied communications engineering at Alexandria University, before switching careers to become a filmmaker after she took part in a film workshop organised by the city’s Jesuit Cultural Center in 2009.

In 2012, she received the Fulbright Scholarship to study film at Wellesley College in the US. Following her stint there, she moved onto the Massachusetts Institute of Technology (MIT), where she studied new techniques in documentary filmmaking.

Zayed started her career in 2010 as an assistant director on the set of the Ibrahim El-Batout film Hawi. In 2013, she was one of six directors who participated in the writing, direction and production of The Mice Room, a collaborative feature that premiered in the Dubai International Film Festival in 2013.

The director has several short films under her belt, of which some participated in international festivals. These include A Stroll Down Sunflower Lane, a short that screened in the 2016 Berlinale, and which went on to win the Best Experimental Film award in the 2019 Sharjah Film Platform.

Besides her work as a director and producer, Zayed has worked as a cinematographer on German director Simon Mukali’s 2014 feature film Veve, set in Kenya.

She was also credited as editor on the feature film I Have a Picture. Film No. 1001 in the Life of the Oldest Extra in the World (2017). The film won the El Gouna Star for the Best Arab Documentary Film in 2017, the Jury Award for Documentary Film in Egypt’s National Cinema Festival in 2018, and the Best Documentary Film award in the Sharjah Film Platform in 2019.