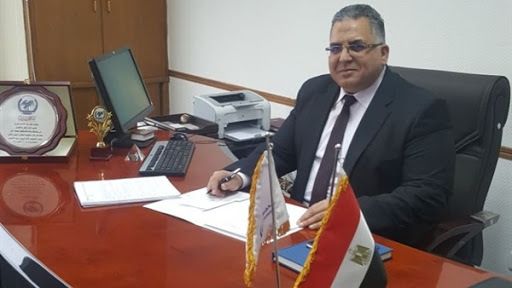 The Industrial Development Bank (IDB) has grown its small- and medium-sized enterprise (SME) loans portfolio by EGP 4.6bn over the past five years.

Speaking exclusively to Daily News Egypt, Tarek Galal, head of the bank’s Small Projects and Credit Sector, said that the IDB’s SME loans portfolio stood at EGP 5bn at the beginning of September 2020. This compared to just EGP 400m in mid-2015.

Galal clarified that this amount includes cases worth EGP 500m that are under implementation, and indirect credit, letters of guarantee and credit worth EGP 800m.

The bank aims to achieve growth rates of about 20% in the volume of financing granted to SMEs by the end of this month, rising to 30% for medium projects, he added.

Galal pointed out that the bank achieved tremendous results in the Thousand Factories initiative that it launched in mid-2019. The volume of funding that was pumped through the initiative has so far amounted to about EGP 4.1bn, providing liquidity to about 330 customers.

He pointed to the bank’s allocation of EGP 7.5bn – EGP 15bn for the initiative, which aims to create a total of about 20,000 job opportunities.

Galal said that the bank places top priority on financing Egypt’s industrial capabilities and the localisation of component manufacturing in various industries. He also pointed out that the IDB is financing a large number of industrial complexes, within multiple protocols signed with the Industrial Development Authority (IDA).

He said that about 85 clients have been provided with finance of EGP 100m, under the “Your factory is ready with its licenses” initiative,  of whom about 10 cases are under study.

The bank has also pumped about EGP 150m to 40 customers in the South Raswa industries complex at Port Said, and is providing financing for the purchase of equipment next to working capital.

According to Galal, a protocol has recently been signed with the 10th of Ramadan City Development Authority for the provision of the necessary financing for small and medium industrial units.

He revealed that, within one week of signing this protocol, the IDB has received requests from 25 clients. A total of 10 of these have been approved with financing worth EGP 18m, while 15 others, worth a total of EGP 30m, are still under study.

Galal said that the bank has also issued financing approval worth about EGP 14m to about 15 clients from investors in Shaq Al-Thoban, alongside five other cases currently under study. This comes in addition to the IDB’s sole financing of the Rubiky city for leather, and its participation in financing the Damietta Furniture City.

The bank’s activities in these areas confirm that it intends to strongly engage in financing the complete manufacture and production of leather goods during the coming period.

Galal added that the IDB intends to expand strongly in financing industrial complexes in Upper Egypt, particularly in the Beni Suef, Minya, Assiut, and Luxor governorates. This would run in addition to financing the spinning, weaving and garments in Gharbeya governorate.

He added that the bank has recently succeeded in attracting about 250 new customers, with a financing volume of about EGP 340m through complexes and industrial zones protocols.

In a related context, Galal revealed that the size of the IDB’s microfinance portfolio currently stands at about EGP 1bn, which has been granted to about 200,000 beneficiaries. This has occurred through associations and companies across Egypt operating in this area, indicating that there are some on the verge of upgrading to small projects.

He stressed that the IDB is returning to its development role, with the bank’s wise management ensuring that this development is ongoing. At the same time, the IDB’s management has given the bank’s employees the capacity to create and work in complete freedom, which has increased their efficiency and development.