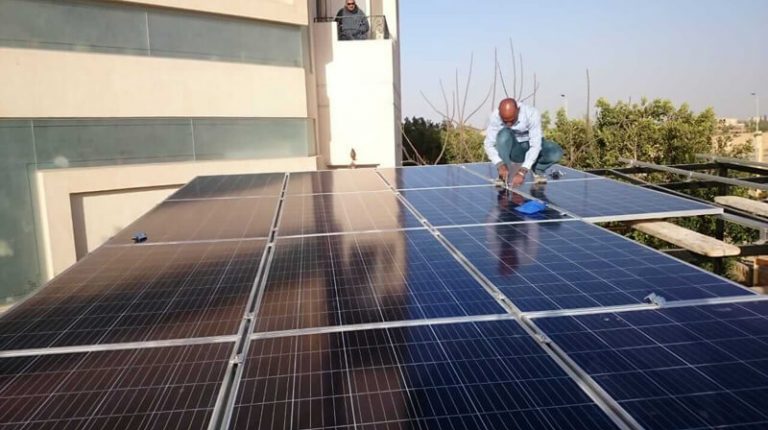 A total of 20 Egyptian companies are competing for a tender to launch two solar energy stations with a capacity of 100 kw at Damietta Port, on Egypt’s North Coast.

The sources added that the companies have technically qualified for the tender, with the financial envelope scheduled to be opened for the announcement of the winning company. The chosen company will then be scheduled to inaugurate two solar energy stations with a capacity of 100 kw before the end of this year.

A number of government institutions, bodies, and agencies are looking to install small solar energy stations on the rooftops of their buildings. The move comes as part of nationwide efforts to shift towards renewable energy and preserve the environment, whilst also achieving sustainability.

The government has provided widespread support and participation in the plan to diversify sources of electricity production and expand new and renewable energy projects in Egypt.

Meanwhile, the Grid-Connected Small Scale Photovoltaic Systems project has contracted for the implementation of new solar stations with a total capacity of 9.6 MW. The project was launched in 2016 by the United Nations Development Programme (UNDP), the Industrial Modernization Centre (IMC) and the Global Environmental Fund, to promote clean and renewable energy.

Hend Farouh, a manager with the project, said that 134 small scale solar systems had been implemented in various sectors by the end of December 2019. The stations were implemented through approved companies on the indicative list provided by the Grid-Connected Small Scale Photovoltaic Systems project.

She explained that the project was previously providing a financial grant of $250 per kw/h, but it later decreased to $150. Currently, the project only provides technical support.