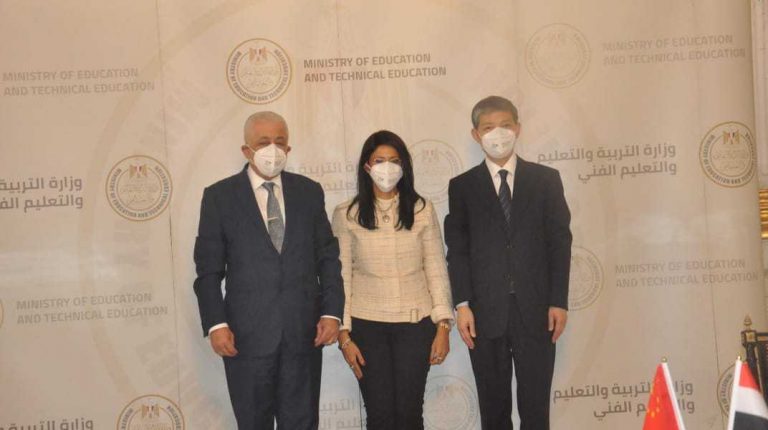 Egypt’s Ministry of Education and China’s Confucius Institute have signed a six-year Memorandum of Understanding (MoU) that will see Mandarin provided as an optional foreign language subject at Egypt’s preparatory and secondary schools.

The signing of the MoU, which will be perpetually renewed following the end of the first six year period, was witnessed by Egypt’s Minister of International Cooperation Rania Al-Mashat.

Minister Al-Mashat said that a specialised centre will be launched across Egypt, where students will learn Mandarin. A Chinese curriculum will also be developed for the language to be taught in schools.

She added that this will help achieve Goal 4 of the UN’s Sustainable Development Goals (SDGs) focusing on quality education. The MoU will also help ensure that Egyptian learners acquire additional knowledge and skills needed to increase their life and job opportunities, and expand their horizons.

This comes within the signing of the Egyptian-Chinese strategic partnership agreement, which saw an exchange of visits between the country’s two leaders in 2014.

The visits were aimed at deepening the relations between the two countries. As part of the strong relationship between the two sides, Egypt has participated in Belt-Silk Road conferences since the start of the initiative in 2017.

Minister Al-Mashat underscored the strength of diplomatic relations between Egypt and China, covering economic, political, cultural and scientific aspects, over the past 64 years.

The Ministry of International Cooperation is seeking to strengthen collaboration between the two countries through the “Global Partnerships for Effective Development” platform. This is aimed at supporting Egypt’s 2030 national development agenda and achieving the UN’s SDGs.

Al-Mashat said that Egypt’s cooperation portfolio with China amounts to $1.835bn, which includes financing in the transport and housing sectors. A further $335m has been provided in non-refundable grants in higher education, scientific research, technical education, and space technology.

“Putting Egyptians’ education at the core, cooperation between Egypt and China amounts to around $20m, which saw the implementation of several projects,” Minister Al-Mashat said, “These include the Egyptian-Chinese Friendship School in 6th of October City and the Kafr Mosleha Primary School in Menoufiya Governorate, as well as a Chinese grant to the Ministry of Education to implement a project to develop the online learning system, through the Chinese company ZTE.”