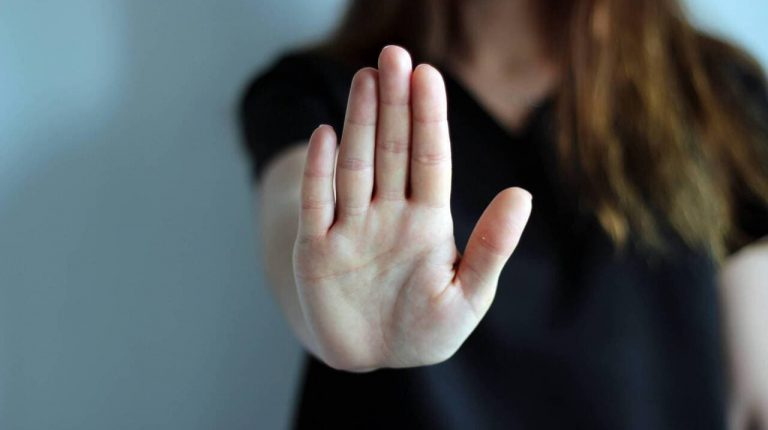 Egypt has seen an upsurge in talk, over the past two months, among press and media circles on the issue of harassment. The increased interest and debate has come in the face of young women, even minors, sharing sometimes harrowing testimony of their experiences with harassment on social media.

More recently still, several young female journalists have reported their exposure to harassment at the hands of a prominent investigative journalist.

The courage these women have shown in speaking out about their experiences has encouraged female journalists to launch a campaign to collect signatures demanding that they are provided with a safe working environment. They are also demanding the establishment of a mechanism to protect them from assaults and sexual harassment.

Last week, a number of female journalists presented a memorandum, under the campaign slogan “A safe work environment for female journalists”, to Egypt’s Press Syndicate. In this, they called for an urgent investigation to be opened into the recent accusations of sexual harassment against a famous journalist. 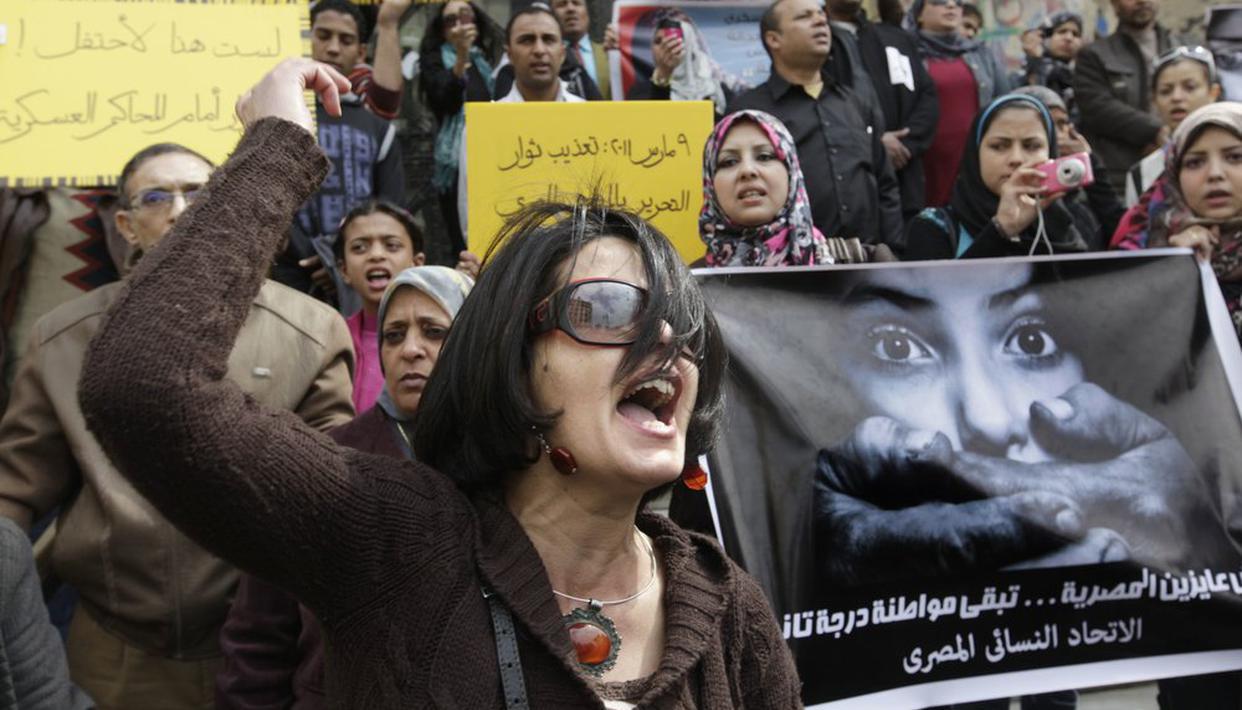 Despite its Board recently having held a meeting, the Press Syndicate has not announced a clear position on the memorandum. It has also not stated its position towards the investigation of journalists accused of such crimes.

Press Syndicate board member, Mohamed Saad Abdel Hafiz, told Daily News Egypt that the delay in responding to the sexual harassment accusations is due to the board not having met since March.

This has been due to the novel coronavirus (COVID-19) pandemic putting a halt on most non-key work sectors. Abdel Hafiz added, “We met last week, but we were more concerned about other topics related to journalist’s health amid the spread of the coronavirus.”

He added that any other topics of discussion, including the memorandum submitted by female journalists, were postponed to next Thursday.

Commenting on the memorandum, Abdel Hafiz said that the only reservation that the board has is on the mentioning the name of the accused journalist. This is due to no one having yet come forward to officially accuse him of harassment, with the testimonies so far having only been published on social media.

Abdel Hafiz noted that the syndicate can only deal with the memorandum submitted by the female journalists, or with a case that has been referred to court, rather than testimonies published on social media. With the testimonies so far only being tackled unofficially on social media, the syndicate takes the stance that it cannot proceed on the subject.

Regarding the memorandum’s demands for establishing a special women’s committee, Abdel Hafiz said that the syndicate had previously made a decision to establish one in 2013, but it has yet to be activated.

He also said that no official complaints of sexual harassment have been submitted to the Public Prosecution or the Syndicate, despite calls for the syndicate to investigate the recent allegations. He also said that investigations of any cases by any official body, whether the Prosecution or the syndicate itself, must be based on an official complaint filed by the victim.

“No victim or harmed person submitted anything, so we cannot build any investigation or decide anything,” he concluded.

The Press Syndicate’s Council had previously affirmed its absolute rejection and condemnation of harassment of any form. It also called on female journalists to submit immediate reports of these crimes to the Public Prosecution, so that they would be subject to the appropriate laws and penalties. 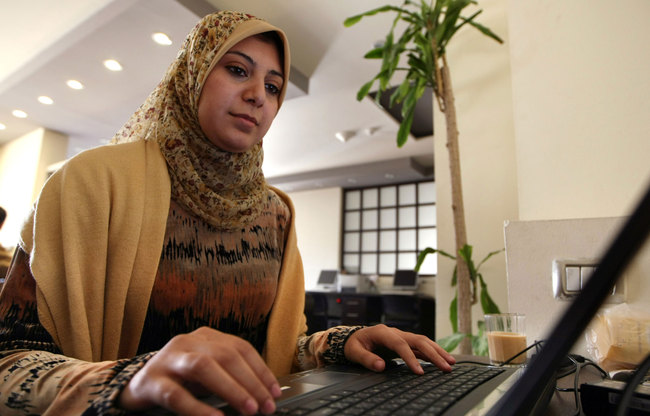 Commenting on recent reports that female journalists have been subjected to harassment, Press Syndicate Head Diaa Rashwan said that the syndicate’s council announced its total rejection of these crimes. He also highlighted their absolute condemnation of harassment and sexual assault that has occurred in Egypt, and which have garnered much attention recently.

In a recent statement, Rashwan also said that these crimes fall under the penal code, which has assigned deterrent penalties. He noted that the penalties are increased in cases where the perpetrator has abused their employment, familial, or academic power over the victim.

He added that the Press Syndicate invites all colleagues who have knowledge, evidence, or complaints regarding these crimes, to quickly submit what they have to the Public Prosecution. This will ensure that the perpetrators do not escape their crimes, especially as Egypt’s Criminal Procedure Law was amended in 2017.

Rashwan stressed that the full confidentiality is given to the victim’s data, as enshrined under the Egyptian law. He also noted that the Syndicate will provide full legal support and assistance to those of its members who will present their reports or testimonies to the Public Prosecution

He also noted that the Press Syndicate’s regulations will be immediately and decisively activated against members found guilty of sexual assault or harassment. This will see the perpetrator’s membership revoked due to their not abiding by the Syndicate’s ethical conditions.

Meanwhile, the “Egyptian Women Journalists” group renewed their demands for a women’s committee at the Press Syndicate to be launched. The committee would undertake the role of providing protection against sexual violence within press institutions for female journalists. It would also be authorised to receive complaints of harassment and sexual abuse committed against female journalists working at press institutions.

The campaign has called on Egypt’s Journalists Syndicate to adopt a policy for combating harassment and sexual violence against female journalists, whether members of the union or non-union workers in the field.

This would take place provided that the policy includes clear mechanisms for investigation and imposing penalties, in a manner that guarantees protection for complainants whilst protecting the secrecy of their identities. This is an aspect which also requires an amendment to the laws organising the press, as well as the Press Syndicate’s bylaws, which would oblige all press institutions to follow them.

“There are stories of harassment against many men, but when the victims decide to talk about their experiences, they tell it in the form of just sharing, as they are psychology very harmed,” according to Egyptian Women Journalists Campaign member Eman Ouf. “They are also very afraid to show their identities to the public and take more serious steps, because they know no one will support them.”

Ouf added that, so far, there has been no help from the Press Syndicate in regards to previously  reported harassment cases, just as no women’s committee has been formed. There is not even an official complaints committee to which reports can be made, Ouf continued, which she said accounted for female journalists remaining afraid to speak against harassment.

She also said that issues of female representation in the syndicate’s higher echelons also put many victims off reporting.

Ouf described how one colleague who experienced harassment at work told her [Ouf] that she cannot go to the syndicate’s board, as all the members are men. The colleague added that she simply felt too shy to explain the details of what exactly happened to her, or how she was harassed.

“We are waiting for the board’s decision on the memorandum during next Thursday’s meeting. The main demands outlined in the memorandum focus on the issuing of a sanctions list against harassment, the formation of a women’s committee as well as an independent committee for investigation and an updated code of conduct,” she also said. “Until a law is issued to keep women protected, we have the Press Syndicate which must be in charge of investigating harassment cases among its members, especially as we have the syndicate’s honour code that states that all the unethical behaviours must be punished, and harassment is one of the most serious of these dishonourable acts.”

Ouf called on the Press Syndicate to establish a women’s committee to issue specific policies to face harassment, which should be adopted and followed by all press institutions.

She explained that this regulation will protect female journalists from any blackmailing attempts on the part of their employers, just for being syndicates members.

Ouf said that the prosecution will often request as much evidence as possible when investigating harassment cases. She noted that the syndicate can work with a slightly different set of available information, particularly if this includes a number of testimonies which feature certain similarities in details and accusations against one person.

She noted that this is the best solution, until the issuance of a unified law to combat harassment, which has been in demand since 2014.

“We already sent in March a memorandum to the [Press] Syndicate to establish a women’s committee there, and we discussed this with council members and they were supportive, but the coronavirus has hindered the process,” Ouf added.

In a survey covering the 2013-2014 period, the Cairo Foundation for Development and the Law revealed that 48% of female journalists had experienced some form of sexual harassment at work. Of this figure, 83% did not report the incidents, the study found.

It also confirmed that 64% of those surveyed were subjected to verbal harassment, whislt 24% were subjected to physical harassment. A further 29% of the female journalists had been subjected to sexual assault and reported the incident. These figures emphasise that, despite this form of violence against women in the workplace violating the right to equality and work freely, it still goes on.

May Al-Shamy, a journalist who had previously reported workplace sexual harassment, told Daily News Egypt about how she is looking to the Press Syndicate to provide a safe work environment for all journalists.

“When I spoke about what I experienced, the newspaper dismissed me, and I resorted to the Syndicate several times, but no one responded,” Al-Shamy said.

She denounced the Press Syndicate’s statement that it is not an investigative body, and highlighted, as noted above, that the Syndicate’s board are all men, with no women representation to fight for the rights of female journalists.

Since her harassment experience and being dismissed from the newspaper with which she worked, Al-Shamy has found it extremely difficult to find work again. This comes despite her having experienced sexual harassment from her manager, and having filed a lawsuit to the public prosecution.

Al-Shamy is one of few to have filed a police report against her manager, a man who works for an influential newspaper close to the government. After she filed the report, she was targeted by an online smear campaign, destroying her image, and according to her, this was one of the reasons impacting her finding another job.

“I have received several rejections when I applied for other work opportunities, with some accusing me of being a trouble maker, whilst others just apologised,” she said, “Some have even simply referred to me as the journalist with a harassment story, while some did not respond.”

Al-Shamy noted that this lack of further opportunity has been ongoing for two years, following her reporting of the harassment she faced. She added that she has been rejected from over 100 job applications, not all in the journalism field.

She concluded by saying that the Press Syndicate should issue a salary for those who have lost their jobs for reporting sexual harassment, under an Emergency Fund.