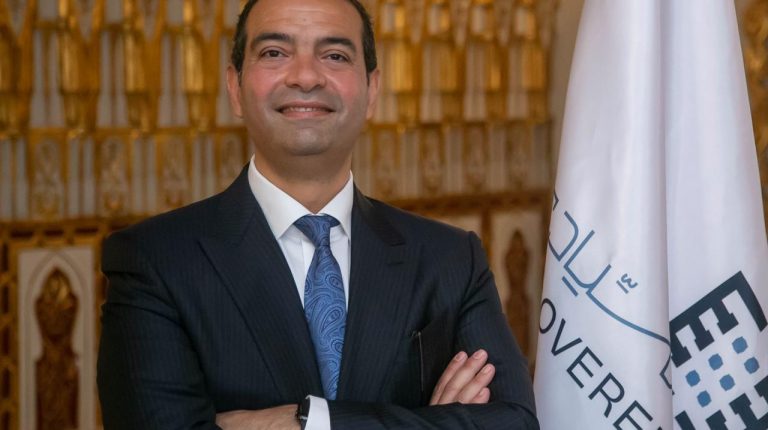 The Sovereign Fund of Egypt (TSFE) has acquired EGP 10bn worth of assets, including the Tahrir Complex, with the fund formulating investment strategy to develop and exploit these assets, according to the fund’s CEO, Ayman Soliman.

The strategy will be completed and presented to investors within weeks, he added.

The potential investment opportunities in Tahrir Complex include launching a hospital or a centre for health care and medical services, in addition to the administrative and hotel parts.

He pointed out that the Egyptian market is rich in high-value assets that can be exploited in a way that achieves high returns, with TSFE to be assigned a part of these returns as part of its capital.

During a seminar with the Egyptian-Lebanese Businessmen Friendship Association (ELBA) on Monday, Soliman explained that the fund’s authorised capital currently stands at EGP 200bn, including EGP 5bn of paid-in capital.

He noted that TSFE is currently focusing on investing in four main sectors, which will occur through the foundation of sub-investment funds for these sectors. It will also focus on other sectors in which investment is being studied, although specialised funds will not be established for them.

The sub-funds will focus on pharmaceutical industries, infrastructure, desalination plants, water treatment, and electricity. They will also give attention  to the financial technology (fintech) sector, and financial inclusion, which includes good growth opportunities, especially with digital transformation processes in mind. These sectors have the capabilities to be used in many sectors, such as health care, and in terms of infrastructure and operating systems. The fund is also studying the use of technological services in the commodity exchange.

On Monday, Soliman said that Egypt has begun talks over plans to sell electricity to Europe and Africa, in a bid to become a regional energy export hub.

Egypt could supply Europe with electricity via a planned sub-sea cable to Cyprus and Greece, he told Bloomberg.

“We are in talks with European infrastructure investors, advisers, and energy traders to assess the viability and appetite for the project,” Soliman said in an interview in Cairo. The transmission line “will position Egypt as a long-term renewable supply hub for Europe.”

Moreover, TSFE is also interested in investing in Egypt’s banking and real estate sectors, in addition to tourism, antiquities, and monuments.

Soliman explained that the fund aims to benefit from the country’s archaeological assets, and will work to promote visitors to Egypt in addition to services for expatriates residing in the country. He noted that there are many countries that consider Egypt the centre of civilisation and culture, with the country’s authorities looking to develop several historical sites, including Cairo’s Citadel area, to encourage greater cultural visits.

For his part, ELBA Chairperson Fathallah Fawzi said that TSFE will open further horizons for investment. It is also set to contribute to pushing forward economic growth, with the private sector expected to contribute to this.

There is also a serious private sector desire to help TSFE achieve its goals and participate in investment opportunities.

ELBA Vice-Chairperson Fouad Hadraj explained that TSFE’s establishment is a step towards building a strong and integrated Egyptian economy that is more capable of activating and increasing the country’s industrial competitiveness. These capabilities will also help Egypt achieve integration between all parties to the production process.

In this context, Soliman explained that with the fund’s focus on long-term, sustainable and profitable investments, its main goal is to provide stability for future generations. The fund also looks to encourage the creation of job opportunities, whilst providing hard currency.

He added that some countries have put part of their insurance and pension liquidity in these funds, which enables them to build wealth. This form of investment plays another role, creating direct investment from the sovereign funds of these countries to have weight in the international business community.

Soliman added that Egypt is one of those countries which are capable of achieving high returns on capital, either from debt instruments, stock markets, or direct investment. The country has also proven its attractiveness for debt instruments as it has achieved huge gains for foreign investors.

Highlighting the Egyptian market’s attractiveness, he revealed that global investment bank Goldman Sachs has decided to directly invest in Egypt’s private equity market using its own budget rather than funds collected. The bank decided to do so due to the huge returns it has achieved from its investments in treasury bills, which are considered the highest returns.