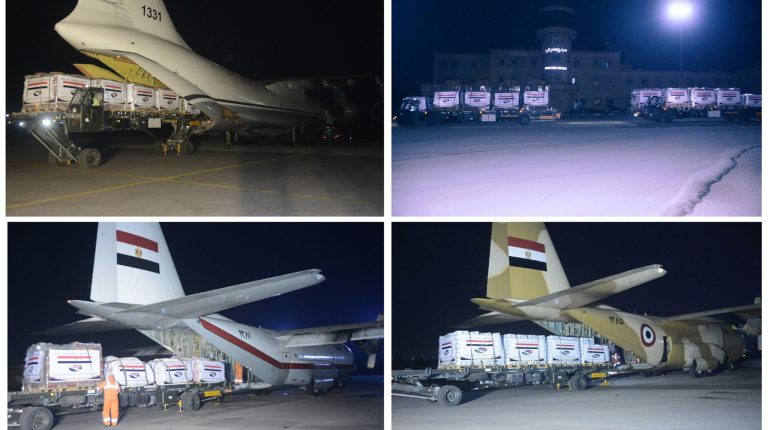 Egypt’s Minister of Water Resources and Irrigation Mohamed Abdel Aaty arrived in South Sudan, on Wednesday, at the head of an Egyptian delegation.

The high-level Egyptian delegation arrived in the country’s capital of Juba, at the invitation of Abdel Aaty’s South Sudanese counterpart, Manawa Peter Gatkuoth, according to a statement from the Egyptian ministry.

Gatkuoth and a number of South Sudanese ministers received the Egyptian delegation, in the presence of several Egyptian diplomats,.

Abdel Aaty expressed his happiness at the visit to South Sudan, and stressed that it comes as part of the brotherly relations that bind the two countries. He stressed that the good relations enjoyed between the two sides extended across all fields, rather than just water resources and irrigation.

Gatkuoth extended his thanks to Egypt for its support of South Sudan in the water resources and irrigation sector.

Abdel Aaty’s arrival coincided with the arrival of a second plane carrying Egyptian aid to South Sudan, due to the recent floods that have hit the country in recent days.

Eypt’sPresident Abdel Fattah Al-Sisi had instructed for the aid shipment to take place. It includes large amounts of medicines, disinfectants, and equipment, as well as large quantities of infant formula, the statement added. The aid comes as part of Egypt’s efforts to support African countries, and to enhance their cooperation and historic relations.

The official visit is expected to witness several bilateral meetings between officials representing the two countries.