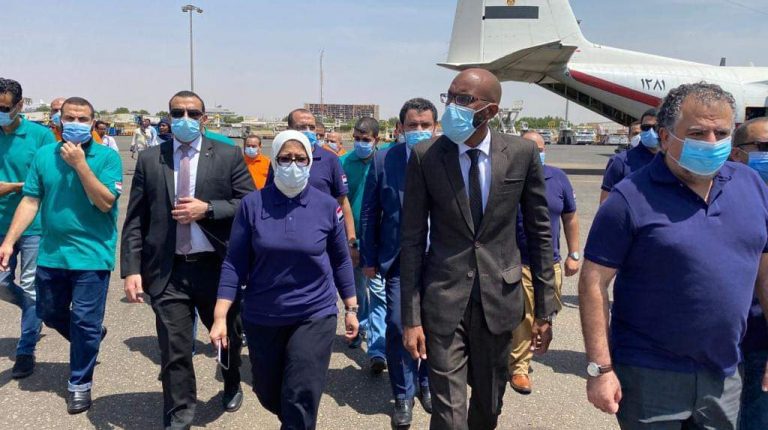 Minister of Health and Population Hala Zayed confirmed, on Wednesday, that Egypt is working with the Sudanese government on health sector reforms, with the aid of Egyptian health expertise.

She also conveyed the greetings of Egypt’s President Abdel Fattah Al-Sisi to Sudan’s leaders, government and people, whilst confirming her country’s solidarity with the Sudanese people.

Also on Wednesday, Zayed and Abdel Rahim discussed possible cooperation between the two countries in confronting the effects of the ongoing severe floods that have hit Sudan. Zayed explained that an Egyptian air bridge was opened to transport aid to Sudan as it copes with the extensive damage and loss of life. The air bridge dealing with the floods comes as an extension to the previous aid Egypt gave Sudan due to the novel coronavirus (COVID-19) pandemic.

Zayed also indicated that the bridge will extend until the end of the current crisis, adding that a schedule for the remedial aid Sudan requires was set up during her meeting with Abdel Rahim.

Egypt’s Minister of Health arrived in Sudan on Tuesday, upon the directives of President Al-Sisi. The minister arrived at the head of a high-profile medical delegation offering medical assistance to their Sudanese counterparts as they combat the recent floods.

The medical delegation consists of 20 doctors, nurses, and epidemiologists, who will divide into four teams and deploy in the most affected places of Khartoum. Recent data suggests that as many as 2,000 health centres across Sudan have been damaged beyond repair due to the floods.

About 100,000 homes have been damaged, and 500,000 persons displaced as a result of the floods. Additionally, 100 have been killed and 46 injured, in some of the worst floods to hit Sudan in a century.