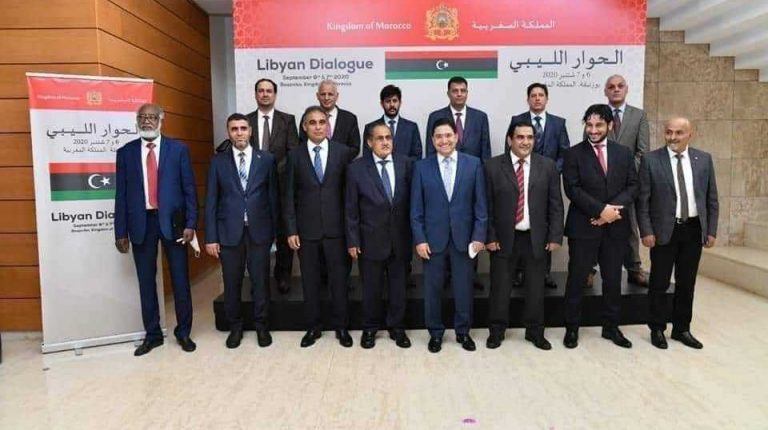 Delegations representing Libya’s warring factions have announced they have reached “important achievements and understandings” during recent talks in the Morocco.

The statement was issued by the country’s High Council of State (HCS) and the Tobruk-based House of Representatives, following the recent talks in Morocco of Bouznika.

Morocco’s MAP news agency, citing a joint statement at the end of the meetings on Tuesday, said the parties have agreed to work on eradicating corruption and the abuse of public funds. The sides have also agreed to put an end to the war-torn country’s institutional divisions.

The statement noted that, the first round of talks has recommended putting an end to corruption, and the waste of public money. The two sides added that “the political dialogue is proceeding positively and constructively”.

“Everyone hopes to achieve positive and tangible results that will pave the way for the completion of a comprehensive political settlement throughout the شcountry,” the statement said.

Local media outlets said that the talks will resume on Thursday.

The meeting was held at Morocco’s initiative, following the North African country’s hosting of peace talks in 2015. The negotiations led to the creation of a United Nations (UN)-recognised government for Libya.

The talks were welcomed by several international players, with Italy’s Ministry of Foreign Affairs commending Morocco’s commitment to finding a political solution to the Libya crisis and restore stability to the country.

“We commend Morocco’s commitment to achieve a political solution to the crisis in Libya,” the Italian side said on Twitter.

The US has also welcomed the Libyan talks, with the US Embassy in Libya posting on Twitter that it shares the UN’s confidence in the Morocco discussions. The embassy added that the talks are likely to have a positive impact on the political dialogue, which has been facilitated by the UN mission, between the warring factions.

Meanwhile, the High Representative for Security and Foreign Policy in the European Union (EU) Josep Borrell also welcomed the talks. He said that the Moroccan initiative comes at a crucial time to resolve the present conflict in Libya.