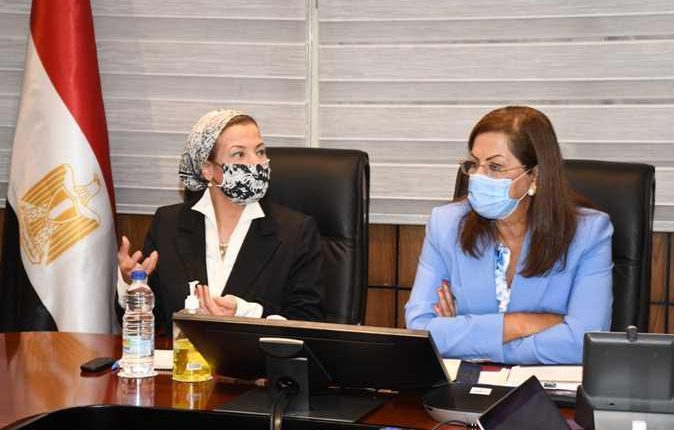 Egypt’s Minister of Planning and Economic Development Hala El-Said has met with Minister of Environment Yasmine Fouad to discuss methods of mitigating climate change in Egypt.

During the meeting, the two ministers discussed a project integrating sustainable development into projects of adaptation, as well as slowing the effects of climate change, to establish new agricultural communities nationwide.

During the meeting, El-Said said the two ministries are partnering to prepare a joint sustainability guide for state projects. The guide will include guidelines for general environmental standards in various sectors.

She added that 30% of Egypt’s investment projects in the state’s fiscal year (FY) 2020/2021 plans will be implemented according to environmental sustainability concept, which will rise to 100% over the next three years.

El-Said pointed out that failure to take into account the environmental dimension carries a higher cost for the state. She also said that investment in infrastructure, people, and the training process saves much of the cost in the medium term.

OIC debate on Islamophobia in Dakar