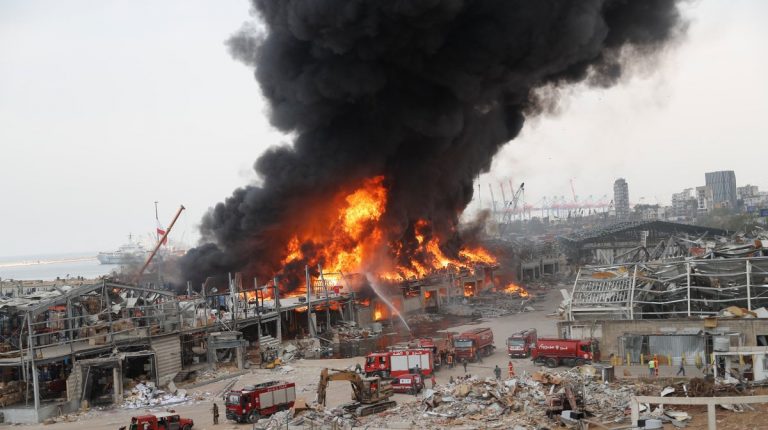 A huge fire has broken out at a warehouse storing oils and tyres located in the duty-free market of Beirut’s port on Thursday, the Lebanese Army said in a statement on Twitter.

Efforts are underway to extinguish the flames, with army helicopters participating in the efforts, the statement added.

Earlier, videos started circulating on social media, on Thursday, showing what appear to be large, dark plumes of smoke billowing high into the sky over the port. Flames leaping metres into the air can also be seen.

It was not immediately clear what caused the fire at the port, which is located in the Lebanese capital, Beirut, which was decimated by a huge explosion only last month.

In early August, a massive blast occurred due to the ignition of nearly 3,000 tonnes of improperly stored ammonium nitrate at a warehouse, also in Beirut Port. The explosion caused severe damage across the Lebanese capital, killing over 170 and injuring more than 6,000.

Local Lebanese television stations said that companies with offices near the port have asked their employees to leave the area.

Lebanese troops had closed the major road that passes near to the port, and started the evacuation of people nearby. As yet, no injuries have been reported, but some people were suffering from a shortness of breath as a result of the fire.