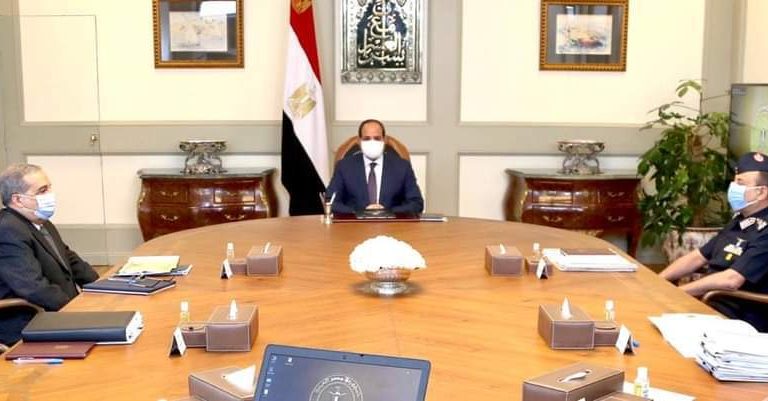 Egypt’s President Abdel Fattah Al-Sisi reviewed, on Thursday, the latest developments in the “Future of Egypt” project, and directed for enhanced cooperation between the competent authorities to implement the project at the highest standards.

The President discussed the executive position of the project with Minister of State for Military Production Mohamed Ahmed Morsy.

In a statement, Presidency Spokesperson Bassam Rady said that President Al-Sisi was briefed on the work being carried out in the Dabaa region. This aims to maximise agricultural production of major crops, by reclaiming and planting parts of the Western Desert.