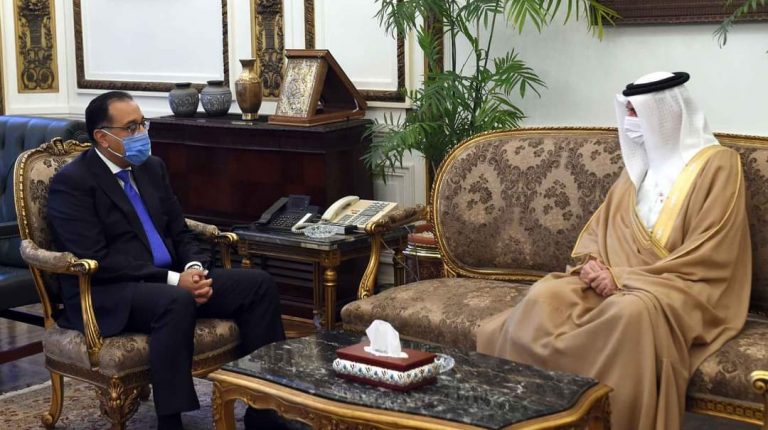 During the meeting, Madbouly also asserted the need to double the volume of trade exchange between the two countries.

The Prime Minister expressed Egypt’s appreciation of the deep brotherly ties between Egypt and the Gulf state, and underlined the need to intensify mutual visits between businessmen from the two countries. This increased exchange would promote the existing areas of cooperation, whilst exploring new investment opportunities.

Meanwhile, Al-Jowder expressed his country’s keenness to boost relations with Egypt in various fields. He also asserted the need for work on increasing the volume of trade exchange between the two countries, expressing his happiness that Bahrain has become the largest supplier of aluminium products to Egypt.

Earlier this week, Al-Jowder announced that the volume of trade exchange between Bahrain and Egypt stood at $471mn during 2019. Egypt came in as the fifth largest non-oil trading partner with Bahrain, accounting for total exports of $365mn.

Saudi, Emirati, and Bahraini ambassadors to return to Qatar