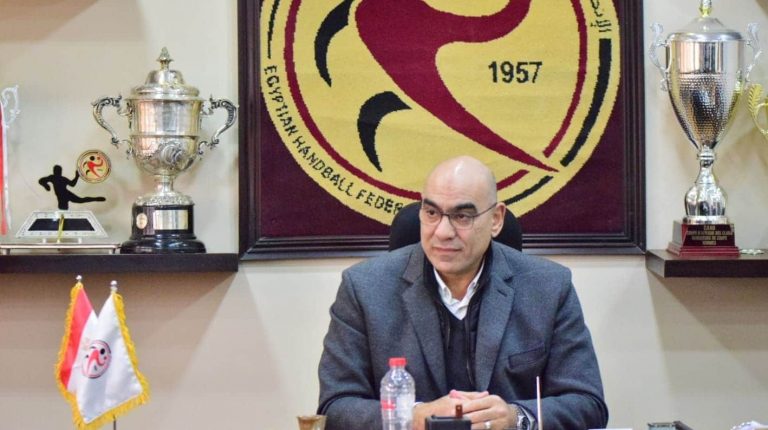 Egypt is set to host the 2021 World Men’s Handball Championship on 13 -31 January 2021, under exceptionally difficult circumstances, due to the novel coronavirus (COVID-19) pandemic. The upcoming competition will also witness the largest number of teams to ever compete at the competition, with previous tournaments having only hosted 24 teams.

How has the Egypt team prepared for the championships in Cairo?

We contracted with the technical director, Roberto García Parrondo, who was ranked as the best coach last year in Europe. With his work, the national team saw a significant improvement in performance, and the result was fast and on the ground. We directly qualified for the Tokyo Olympics without any boosts or any qualifiers, beating Tunisia for the top qualifying spot. However, with the onset of the coronavirus, we have had to come to a halt for five months.

When does the national team start its preparations for the championship?

We started a closed camp two weeks ago in Hurghada, which was really wonderful. The players are in a camp in Cairo now, training for a week at the 6th of October City Hall, after which they will return to Hurghada for a further two weeks. The coach’s goal is to compensate for the long hiatus in training due to the coronavirus, with the training to help the team recover physically before commencing work on the technical part.

Can you update us on the friendly matches Egypt has played?

We have contacted several countries to undertake friendly matches here in Egypt. Bahrain and Argentina sent their official approval to take part in friendlies with us, and they will come to Cairo for several matches. As for the team’s training programme, it is dealt with gradually. We aim to play friendly matches with Bahrain and Argentina, followed by a match with France.

How many youth team players have been promoted to the first team?

Six youth team players were promoted, namely: Hassan Kaddah, the top scorer in the World Cup; Ahmed Hesham Doudou, a professional in France and who won the Best Player prize at the 2019 Men’s U19 Handball World Championship; Ahmed Hassan; Abdul Rahman Hamed; Omar Sami; and Khaled Walid. Despite the youth and junior teams’ success at championships, we cannot include all players in the first team, as sometimes players need more experience.

People want me to say that we will win the World Cup, but this cannot be promised. However, we do hope to win, whilst at the same time remaining realistic in our ambitions. So our first goal is to maintain eighth place, which is the position we achieved at the last world championship, before we can aim to climb to the semi-finals, then the finals.

What are the federation’s objectives at the World Championships and at Tokyo 2021?

We aim to be among the top eight in the world. Every match we win is another achievement.

The World Championship in Cairo is hosting 32 teams for the first time. How difficult has it been to organise?

It was a very difficult matter, especially in light of the specific standards set by the International Hanball Federation, especially in terms of accommodation. In addition, we had to deal with the coronavirus pandemic. Minister of Youth and Sports Ashraf Sobhy has overcome any difficulties.

What about the support provided by Hassan Mustafa, President of the International Handball Federation?

Mustafa is very supportive of Egyptian handball. He knows nothing but serious work.

What do you say to the Egyptian public before the start of the World Championship?

I say to all Egyptians that we miss them. We hope the coronavirus will disappear so that fans can return to the stadiums.

What about the medical committee’s instructions in light of COVID-19?

The application of the global protocols and precautionary measures against the virus is the first correct step to confront the coronavirus. We were planning to have 500 spectators at games, but the committee lowered it to only 134.