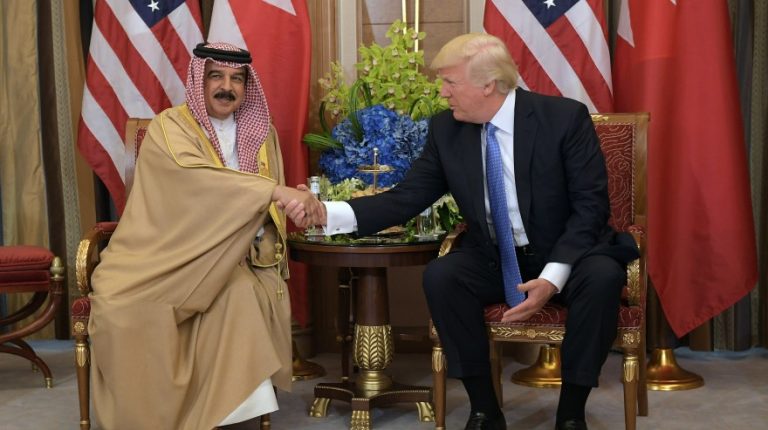 There has been a warm international and Arab reaction to the recent announcement of the peace treaty between Bahrain and Israel, an accord that has been described as a move towards regional stability.

The treaty between the two Middle Eastern countries comes only a month after a similar agreement  between the UAE and Israel.

Egyptian President Abdel Fattah Al-Sisi said that he has followed, with great interest, the tripartite statement issued by the US, Bahrain, and Israel regarding the consensus on establishing diplomatic relations between Bahrain and Israel.

“This is an important step towards establishing stability and peace in the Middle East region, in a way that achieves a just and permanent settlement of the Palestinian issue,” the Egyptian President wrote in a Twitter post. “I thank all those in charge of implementing this historic step.”

Also writing on his official Twitter account, US President Donald Trump described the peace agreement as “another historic achievement today … Our great friends Israel and the Kingdom of Bahrain agree on a peace agreement.”

Trump stressed that Bahrain “will join us on Tuesday to sign the peace treaty, which is a breach and a historic regional shift, and this is what we were aspiring to”.

Bahrain’s Minister of Information Affairs Ali bin Muhammad Al-Rumaihi said, on Friday evening, that the two countries’ declaration of support for peace is a historic and important step towards establishing regional peace.

In statements published by Bahrain News Agency, Al-Rumaihi added that the peace agreement between is a realistic step that helps end the Palestinian-Israeli conflict, in accordance with the Arab initiative.

The minister stressed his country’s firm and permanent position towards the rights of the Palestinian people, which are at the top of its priorities. He also noted that there is a need for their obtaining their full legitimate rights.

Al-Rumaihi said, “All historical precedents confirm that all the Kingdom’s initiatives and decisions have always been in the interest of the Palestinian people and protect their capabilities, and no one can bid on the Kingdom in this regard.”

He explained that Bahrain’s declaration of support for peace with Israel represents part of the country’s international efforts to spread the culture of peace and peaceful coexistence in the world.

The minister also indicated that Bahrain had received an invitation from Trump to participate in the signing ceremony of the peace agreement between the UAE and Israel, which is set to take place on 15 September at the White House.

Saeb Erekat, Secretary of the Executive Committee of the Palestine Liberation Organization (PLO), announced that the Palestinian Ambassador to Bahrain was recalled “immediately” on the instructions of President Mahmoud Abbas.

Palestinian Minister of Foreign Affairs and Expatriates Riyad Al-Maliki confirmed the news, saying, “The Palestinian ambassador accredited to the Kingdom of Bahrain has been recalled immediately for consultations, and in order to take the necessary steps regarding Bahrain’s decision to normalise relations with the occupying state.”

The UAE’s Ministry of Foreign Affairs and International Cooperation congratulated Bahrain and Israel on their decision to establish full diplomatic relations. It also noted that the move would contribute to stability and prosperity in the region.

The UK has also welcomed Bahrain’s establishment of full official relations with Israel, noting that it is a step that enhances stability in the region.

Earlier, the US President announced that Bahrain is “the second Arab country to make peace with Israel in 30 days”. He announced the UAE’s signing of a peace agreement with Israel on 13 August, in which the GCC state agreed to fully normalise relations with Israel.

Representatives from the UAE, Bahrain and Israel are scheduled to meet in Washington, on 15 September, to formally sign the agreements. The move is a clear imitation of the 1979 peace agreement signed by Egypt and Israel at Camp David.

Bahrain was one of several Arab countries visited by US Secretary of State Mike Pompeo several weeks ago as part of his efforts to increase the regional normalisation of relations with Israel. During his trip to the Middle East, during which he expressed his hope that other countries in the region would follow the UAE’s example , Pompeo also visited Sudan, the UAE and Oman.