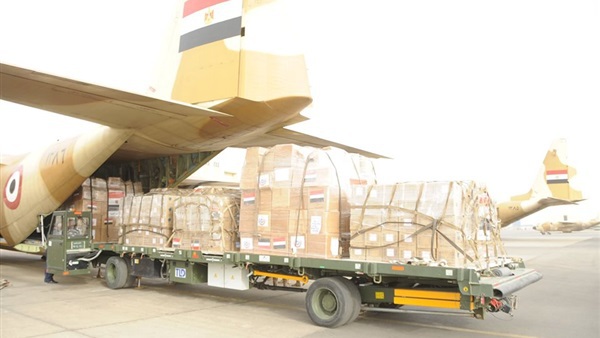 Speaking on behalf of President João Lourenço, Angola’s Ambassador to Egypt, Nelson Cosme, hailed the delivery of Egypt’s medical donations to his country to help it fight the novel coronavirus (COVID-19).

Egypt’s donation, which arrived in Angola on Friday, will add to the Angolan government’s action and efforts against the coronavirus. It also shows the high level of friendship and historical ties that unite the two peoples and governments, Cosme said.

Cosme said that Al-Sisi’s directives and efforts in ensuring the aid is provided highlights the proverb, “Hard times will always reveal true friends”.

“President Abdel Fattah Al-Sisi has showed, once again, his high sense of “being, solidarity and sensitiveness” towards the problems of his African brothers,” Cosme added.

The shipment was handed over at Cairo International Airport, in the presence of Soha Gentil, Assistant to the Egyptian Minister of Foreign Affairs for Regional and International Affairs.  Representatives from the diplomatic missions of the Democratic Republic of Congo (DRC), Namibia, the Central Africa Republic, and Gabon, who also received a similar amount of medical supplies, were also present.

Speaking on behalf of the Egyptian authorities, Gentil thanked the encouraging words of Cosme and said President Al-Sisi’s initiative is the expression of solidarity of the government and people of Egypt in the fight against a common enemy.

The move is part of a broader $4m initiative under the auspices of Egyptian President Abdel Fattah Al-Sisi, which aims to assist 30 countries across Africa in the fight against the global pandemic. In recent months, Egypt has made donations to several African countries as part of its contribution to the initiative launched by the African Union (AU).

Cosme highlighted that the coronavirus is underpinning a new order in the relationship among African states. It also highlights that no country is self-sufficient in all spheres, with solidarity and cooperation two of the clearest forms of combating the ongoing pandemic.