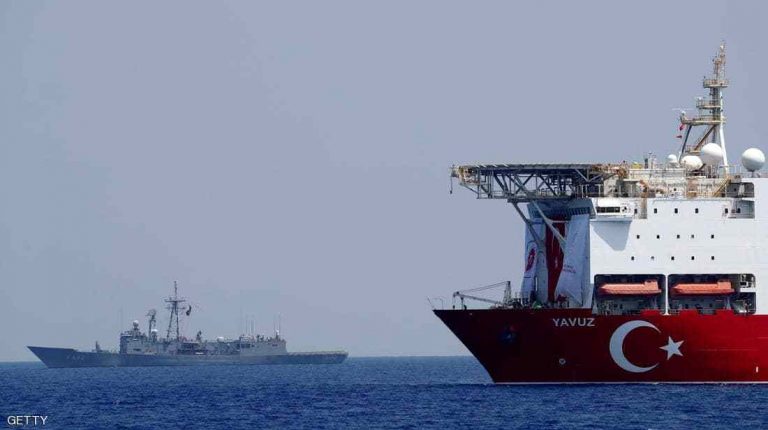 Turkey has announced that it will carry out naval live ammunition manoeuvres off the coast of Cyprus on 12-14 September, according to the Al Arabiya satellite channel.

The Turkish move comes after seven European countries warned, on Thursday, that they would consider sanctions against Turkey if it failed to end its “confrontational actions”, and “unilateral and illegal activities”.

The respective Heads of State and Government of France, Greece, Cyprus, Italy, Malta, Spain and Portugal met in Corsica to discuss the recent tensions in the Eastern Mediterranean region. The high-level meeting was scheduled ahead of the next European Union (EU) summit this month.

The seven EU countries also affirmed their full support for Cyprus and Greece, and urged Turkey to commit to dialogue in order to ease the escalating tensions in the region.

French President Emmanuel Macron urged a firm and unified firm against “unacceptable” provocations from Turkey. He added that Europe “needs to be clear and firm” with the Turkish government, which, he said, “is behaving in an unacceptable manner”.

On Friday, Spokesperson for Turkey’s Foreign Ministry Hami Aksoy said that “the EU and other participants of the joint declaration in question should drop their one-sided and biased policy”.

In a statement, Aksoy added that “in order for dialogue and cooperation to prevail in the Eastern Mediterranean, Greece should first and foremost sit at the table with Turkey without preconditions”,

Tensions escalated between Turkey and Greece, both NATO members, in August, after Turkish Naval Forces issued a Navtex stating that its ship, the Oruc Reis, would conduct a seismic survey. The ship conducted the survey in the Eastern Mediterranean maritime area, in the area between Cyprus and Greece.