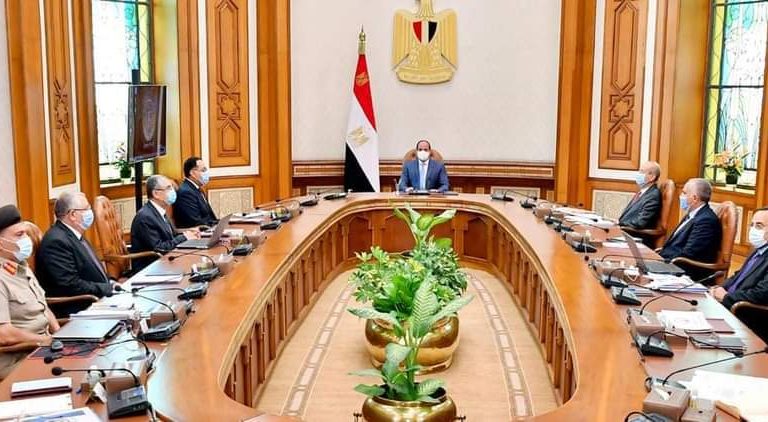 During a meeting with Prime Minister Mostafa Madbouly, Al-Sisi followed up on the implementation of development projects in North Sinai and the New Valley. This included reviews of the Sharq El Owainat and Toshka projects, which aim to build canal system to transport water from Lake Nasser to irrigate Egypt’s Western Desert area.

The meeting was also attended by Minister of Electricity and Renewable Energy Mohamed Shaker, Minister of Water Resources and Irrigation Mohamed Abdel Aaty, and Minister of Agriculture and Land Reclamation ElSayed ElKosayer.

Presidency Spokesperson Bassam Rady said that Al-Sisi was briefed on the efforts made by various state agencies to prepare the infrastructure for further development in North and Central Sinai, and the New Valley. This would see those areas provided with electric power, water resources and reclaimed agricultural land.

The president was also briefed on measures taken to improve agriculture and irrigation in Sinai, by opening canals to transfer water from water treatment plants around the Suez Canal area. The meeting also tackled development projects in North Sinai, especially in Al-Arish, as part of the state’s comprehensive vision of restoring the peninsula and its infrastructure.