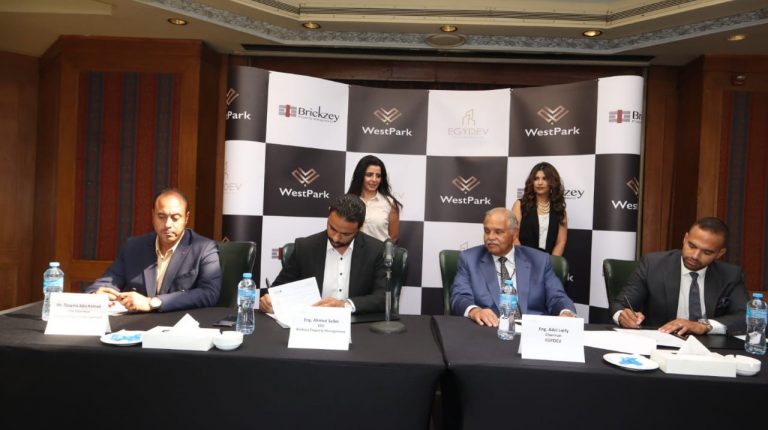 Brickzey Property Management has signed a contract with EGYDEV to provide exclusive marketing for the West Park and Azalea projects in 6th of October City. The projects are expected to make total sales of EGP 500m.

Ahmed Selim, Chairperson of Brickzey Property Management, said that the West Park project will span an area of 5 feddan. It is comprised of a ground floor and three floors that will include commercial, administrative, and medical units, and is scheduled to open at the beginning of next year.

Brickzey will undertake the marketing of commercial and medical properties at the project which is anticipating sales of EGP 300m. Selim noted that the company is expecting that the project will sell out within a year.

He added that the commercial part of the project will be marketed under a leasing system to achieve recurring returns for the project’s owner.

Selim elaborated that the Azalea residential project, which is expecting sales of EGP 200m, spans over ​​five feddans, and includes residential apartments. He pointed out that the company will launch the project for sale at the beginning of next year, in addition to a commercial mall.

EGYDEV Chairperson Adel Lotfy said the two projects are distinguished by their respective locations in vital areas in Greater Cairo. He added that the commercial project is over 90% complete, with the company set to begin the housing project’s development as soon as ministerial approval is obtained.

The company intends to deliver the Azalea project within three years, Lotfy noted. He stressed that the company is keen on continuing the construction of its projects and directing large liquidity into construction without waiting for marketing.

Brickzey records EGP 3.5bn in sales for developers in 2019