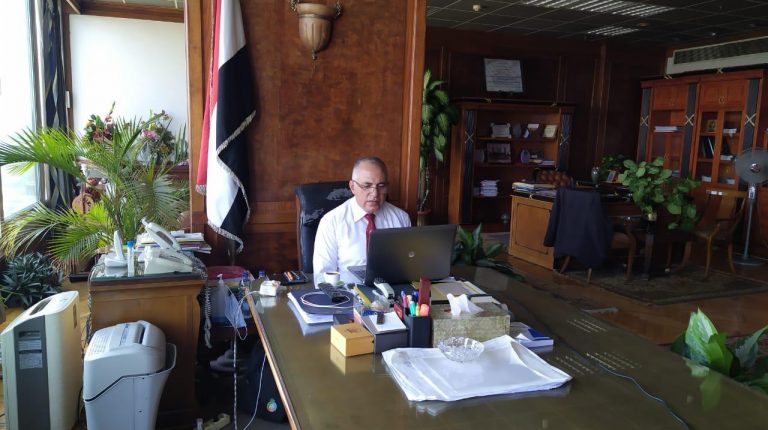 Egypt’s Supreme Committee of the Nile Water Flow, headed by Minister of Water Resources and Irrigation Mohamed Abdel Aaty, has announced there have been high levels of rainfall, which has caused flooding further Nile River upstream.

Earlier, the committee has checked on the Blue Nile water levels. In a ministry statement released on Sunday, the committee said it’s currently in a state of permanent session, as part of its efforts to follow up on the increased water levels along the world’s longest river, and the potential for flooding.

Abdel Aaty said that the Aswan High Dam and its affiliated facilities are prepared for the higher water levels and potential flooding, to ensure the optimal benefit from the increased water supply.

During the meeting, the committee discussed flooding forecasts compared to previous years using mathematical and computational models. The data that has so far been collected indicates increased rainfall upstream on the River Nile, with rainfall anticipated to decline by the end of September.

The committee added that initial indications show this year’s flood will be higher than usual, with higher water flow when compared to the same period last year. It added, however, that it remains too early for the actual flood levels to be confirmed, according to the committee’s estimations of flooding for October.

There has been unprecedented high rainfall in the Sudanese capital, Khartoum, and a commensurate high water level recorded along the River Nile. Due to the combined effects of the high rainfall, Egypt’s Ministry of Water Resources and Irrigation is coordinating with its sister ministry in Sudan on exchanging data. There has also been cooperation between the two ministries regarding  measurements of river levels recorded at water stations along the River Nile.

Abdel Aaty has directed for the bodies working under his ministry’s umbrella to consider the highest level of caution in managing the water stocks at Lake Nasser, to achieve the optimum use of our water resources.