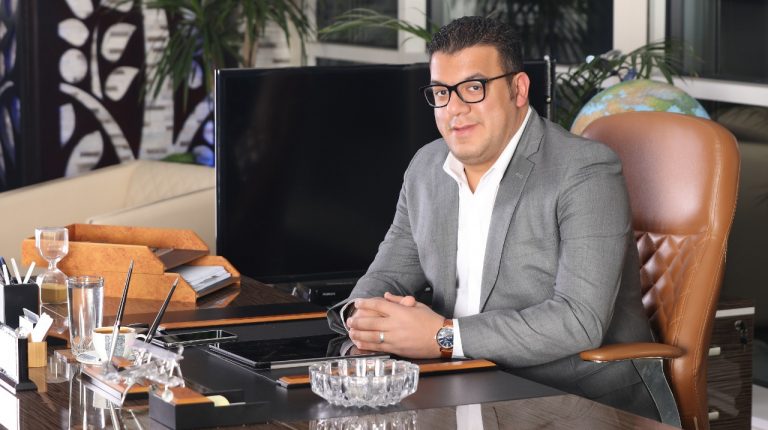 Master Group Development will launch its City Oval project at the New Administrative Capital (NAC) in mid-September, according to the company’s CEO Mohamed Lashin.

Lashin said that the project will be constructed on a 12-metre high plateau of 37 feddan, and will comprise of residential units and a 13,000 sqm mall.

City Oval’s most important feature is the establishment of a service area, entitled City Square, at the heart of the project. It will include restaurants and cafes, and will serve the project separately from the commercial mall.

Lashin revealed that the company’s total investments in its projects stand at EGP 10bn, with a further EGP 1bn set to be funnelled in its development during 2020.

He added that his company is currently developing The City, its first project in the NAC, on an area of 54 feddan. The project is being developed over four phases in the R7 district, and comprises of about 2,187 housing units.

With the first phase set to be completed in 2021, the company has so far succeeded in selling more than 65% of the project units. The entire project, worth investments of EGP 4.5bn, is scheduled to be delivered in 2023

Lashin added that The City project has a built up area not exceeding 20%, and that the utilities rate will not exceed 18%.

The City development also includes a 9,000 sqm commercial mall located in the heart of the project, which will serve its residents with well-known international brands. The mall includes clinics and pharmacies, in addition to a clubhouse, cafes, and restaurants, he disclosed, adding that his company has managed to sell 35% of the mall’s units.

“The first phase of The City compound will be delivered in the first half of 2021, with 600 semi-furnished units to be delivered to customers,” Lashin said. “The whole project is planned to be delivered in 2023. Furthermore, we have injected around EGP 850m into the projects, including land instalments, and we are targeting sales of EGP 950m by the end of the current year.”

Master Group is developing the Ibiza Chillout Sokhna project in Ain Sokhna, on an area of ​​28 feddan, overlooking the sea. It boasts a facade directly on the sea of up to 300 sqm, and extends back for a depth of 450 sqm.

Lashin pointed out that the project also comprises a 5-star hotel and 720 units. He further added that the Ibiza Chillout Sokhna development is being constructed over three phases, with investments worth EGP 1.2bn.

The company has managed to sell 28% of the project’s units so far, with the entire project scheduled to be completed in the second half (H2) of 2022.

The company is studying potential investments in Upper Egypt, particularly Minya and Assiut, as well as at Ras Sidr, which is considered one of the best areas in the Sinai region in which to invest, according to Lashin.

He highlighted that the company’s land bank currently stands at about 120 feddan, and that its projects are self-financed.

Lashin stressed that Egypt has been one of the least affected countries by the novel coronavirus (COVID-19) pandemic. He added that the global real estate sector is in a strong position, and is one of the sectors most able to withstand the pandemic. The only area in which the pandemic has affected the sector has been in customer’s postponing their purchasing decisions for a certain period.

He believed that Egypt’s real estate market performance has already seen a 40%-45% improvement since July, and will continue improve during H1 of 2021, to compensate for the slowdown during the coronavirus crisis.

He added, “We lack Egyptian exhibitions in European countries, and the government should facilitate procedures for organising these exhibitions and activating the role of Egyptian commercial representation offices abroad, because they are more aware of needs and mentality of clients abroad.”

He disclosed that his company intends to open new overseas branches, with the aim of supporting its sales and marketing its projects abroad.

“We have a branch in Dubai, and we are preparing to open a branch in Kuwait, Saudi Arabia, and the UK,” he concluded.

Egyptian government is gearing up for participation in Dubai Expo 2020

Relying on the US for security is a mistake

Student Corner: The underlying tension between Egypt and Israel

The Rise and fall of Mubarak