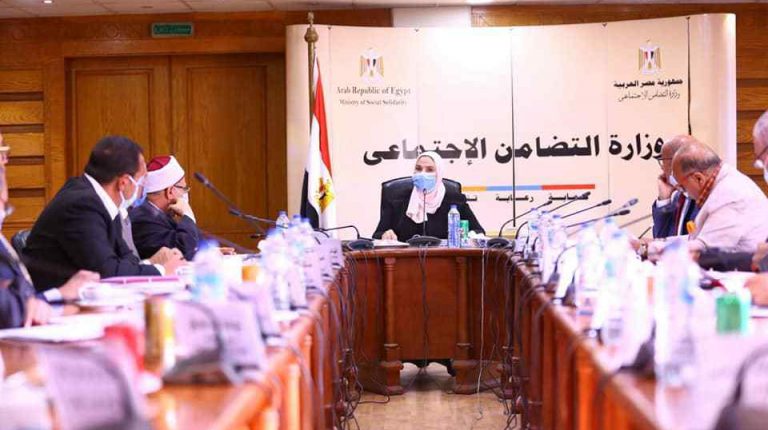 Minister of Social Solidarity Nevine El-Kabbaj said the financial indicators of the bank’s business performance showed strong growth rates across all business sectors despite the economic effects of the novel coronavirus (COVID-19) pandemic.

El-Kabbaj, who is also Chairperson of the NSB’s Board of Directors, indicated that the bank’s budget rose to EGP 22.25bn by the end of June 2020. This compares to the EGP 17.9bn reported at the end of June 2019, reflecting a growth rate of 24%. The net financing and facilities for customers reached EGP 16bn in the same period, compared to EGP 12.5bn in June 2019, a growth rate of 29%.

The minister explained that the total customer deposits amounted to EGP 8.8bn in June 2020, compared to EGP 6.4bn in June 2019, reflecting a growth rate of 37%. The increase can be attributed to the introduction of new savings containers of various time periods, and prices that attracted more customer deposits.

For his part, NSB Vice Chairperson and Managing Director Mohamed Ashmawy said that an investment return has been approved for depositors. This is determined at the end of each fiscal year (FY) according to business results, at a rate of 11%.

He pointed out that the bank has spent about EGP 960m on social solidarity projects, to contribute to the support and care of Egypt’s most vulnerable groups. The support includes cash and in-kind assistance, which were granted to the most vulnerable families at a value of EGP 65m. No return loans amounting to EGP 278m have also been granted on easy teams to low-income citizens.

Ashmawy said that funding has been provided to projects to allow ownership of production, in addition to loans for nurseries and a country house in Aswan.

The bank has also financially contributed about EGP 20m to the establishment of a charitable investment fund to support people with disabilities. The NSB’s funding comes as part of state efforts to provide more support and care for people with needs.

Ashmawy added that investment funds and income improvement aid, amounting to about EGP 3.5bn, have been granted to owners of new small enterprises. The investments are aimed at creating new job opportunities for unemployed youth, and improving standards of living.

The NSB has granted EGP 6.6bn to housing operations, alongside the purchase of various transportation means at a value of EGP 209m, as the bank finances the purchase of private cars, taxis, and trucks.

He added that the bank is currently establishing a branch in Alexandria’s Asmarat Housing Project areas, to serve the residents of the three developments under the project. This is aimed at expanding its services in all new cities nationwide.