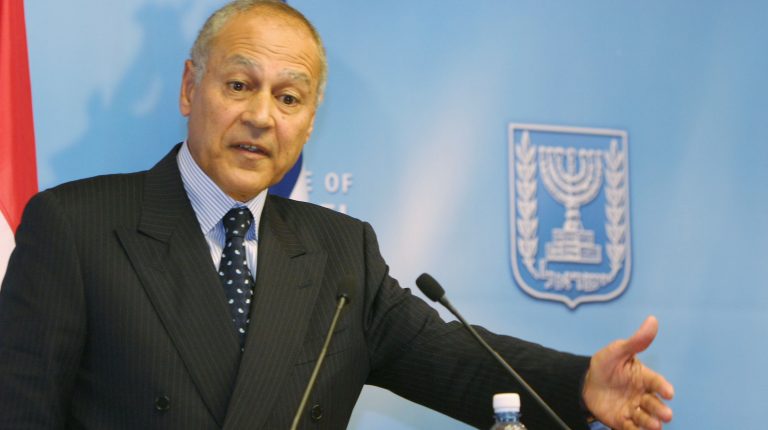 The latest developments regarding the Arab-Israeli conflict will not affect Arab consensus on the Palestinian Cause, Arab League Secretary-General Ahmed Abo El-Gheit said, on Monday.

He pointed out that there is Arab consensus on the inevitability of ending the Israeli occupation of Palestinian territories, as a main condition for achieving fair and comprehensive peace in the Middle East.

In a press statement, Abo El-Gheit stated discussions were held on the Palestinian cause at the Arab League’s last ministerial meeting. During the meeting, member states renewed the consensus on the need to end the Israeli occupation, in place since 4 June 1967.

They also discussed the need to establish an independent, viable and sovereign Palestinian state, with East Jerusalem as capital city.

“I disagree with a lot of what is being said about the existence of crises in the region that are superior to the Palestinian Cause,” Abo El-Gheit said, “These crises are the result of the difficult decade that has torn the region.”

He added that the Palestinian Cause remains as the source of the region’s pain, and remains unsolved until now.

Abo El-Gheit noted that this “means, for me, that the region will not witness real stability or security without reaching the two-state solution”.

He noted that there is an Arab dispute about some concepts related to establishing peace with Israel. However, all are committed to supporting the Palestinian demands and rights as set and formulated by the Palestinian side, and no party has sought to change this.

Abo El-Gheit affirmed the Arab rejection of Israeli annexation plans, and the refusal to consider Jerusalem as Israel’s capital. He also reaffirmed the regional refusal to transfer foreign embassies to Jerusalem, whilst also rejecting Israel’s settlement policy in the occupied West Bank and East Jerusalem.