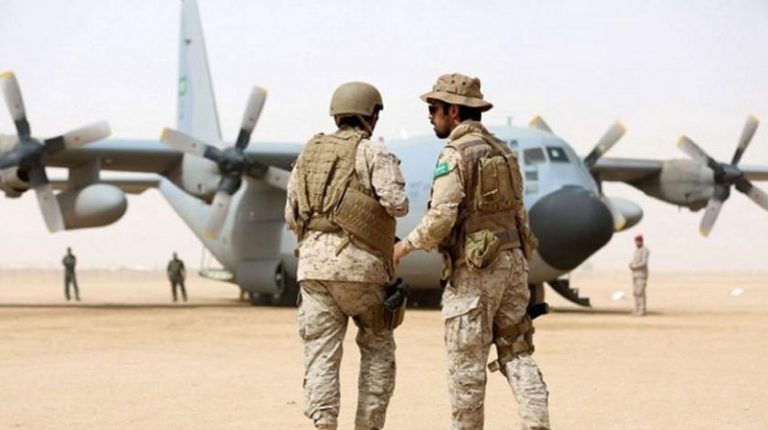 Egypt has extended its full support to the measures taken by the Saudi-led Coalition for Supporting Legitimacy in Yemen to deter the Iranian-backed Houthi militia.

The militia, which is also known as the “Ansar Allah” movement, aims to fuel the conflict in Yemen.

In a statement on Sunday evening, Egypt’s Ministry of Foreign Affairs said it stands with Saudi Arabia in its sincere efforts to reach a political solution to the Yemeni crisis. It has also stressed the need to enforce the ceasefire between the legitimate government forces and the Houthi militia.

Cairo also condemned the recent attacks, carried out by the Houthi movement, on the western Yemeni city of Maarib, and which have caused many civilian casualties.

The ministry affirmed the importance of enforcing a ceasefire in Yemen, in order to agree on the humanitarian and economic measures that will mitigate the ongoing and worsening humanitarian crisis in the Arab country.

Egypt has repeatedly stressed the need for a response to all ceasefire calls that will reach a settlement in the long-term conflict in Yemen.

The ceasefire would be implemented in accordance with the relevant references, particularly the initiative set up by the Gulf Cooperation Council (GCC), the outcomes of the comprehensive national [Yemeni] dialogue, and the UN Security Council Resolution 2216.

Following the announcement of the coup, Saudi Arabia formed the Coalition for Supporting Legitimacy in Yemen. The coalition includes a number of the GCC country’s allies, including the UAE, Jordan, Bahrain, Pakistan, Djibouti, Sudan, Senegal, Kuwait, and Egypt.