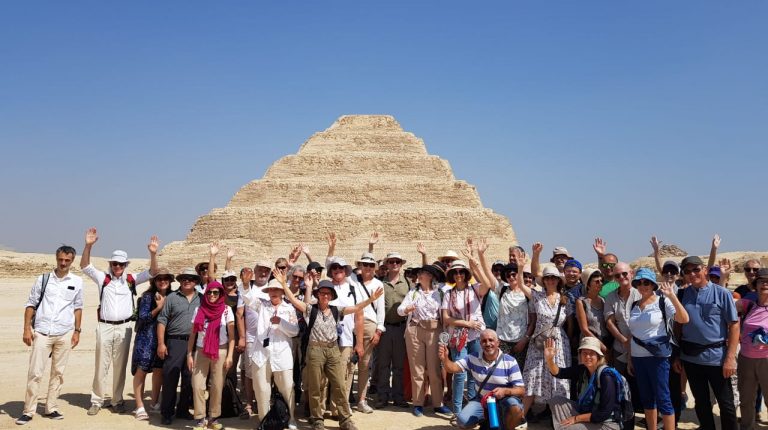 The Saqqara Antiquities Region, most famous for the Step Pyramid, received its first tourist group on Monday, about 14 days after the resumption of cultural tourism in Egypt.

Egypt suspended international flights at all its airports on 19 March, in efforts to curb the spread of the coronavirus, with flights only resuming again on 1 July. Egypt resumed inbound tourism, starting on 1 July, to three governorates as a first stage, namely the Red Sea, South Sinai, and Matrouh. Then it resumed tourism activities in Luxor and Aswan in early September.

The tourist group, which travelled to Egypt from France, enjoyed a tour of the archaeological site. They expressed their happiness at being able to visit Egypt and its various sites of ancient civilisation. The group also highlighted their desire to know further details on the recent archaeological discoveries in the area, which included the discovery of a cache of still closed coffins.

Egypt’s Ministry of Tourism and Antiquities recently published promotional films on the archaeological discovery found at Saqqara, although the full details have yet to be announced.

The tourists said that the promotional videos were effective at drawing their attention to the discovery, and have whetted their appetite to know more, particularly regarding the contents of the coffins.