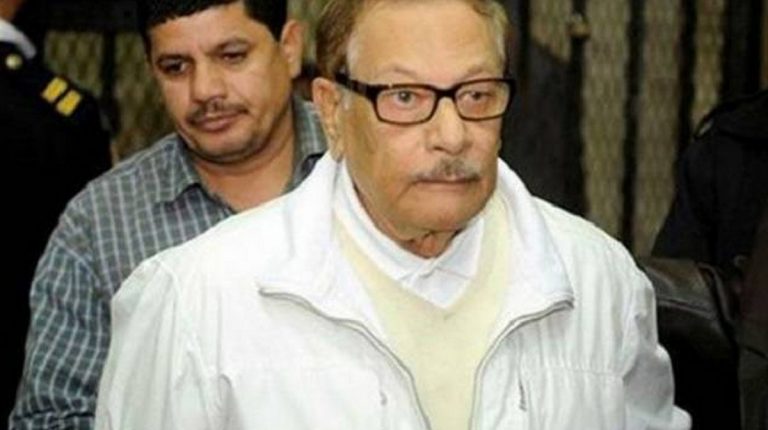 Egypt’s Court of Cassation rejected, on Tuesday, an appeal by former Minister of Information Safwat El-Sharif, and upheld a three year jail sentence on charges of illicit gains.

In July 2020, the Court of Cassation ordered El-Sherif, who held office under former President Hosni Mubarak, to be held in custody pending the hearing for an appeal he filed against a three-year prison sentence.

In September 2018, a retrial at the Cairo Criminal Court sentenced El-Sherif to three years imprisonment, in addition to a EGP 99m fine on charges of illicit gains.

In May 2016, the former minister and one of his sons were each given five-year terms and an EGP 209m fine on charges of corruption and illicit gains. El-Sherif’s second son was sentenced, in absentia, to ten years imprisonment.

The Tuesday court ruling also ruled in favour of his son’s innocence, whilst obliging him to pay criminal expenses and to refund a similar sum for illicit gains. The latest ruling represents a final verdict, and cannot be subject to more appeals.

In previous sessions, the defendants presented a statement indicating the waiver of four plots of land in the Fayed area of Ismailia Governorate, valued at EGP 44m.

El-Sherif was also acquitted in 2012 for his part in organising the infamous Battle of Camel, a deadly mob attack against anti-regime protesters during the 25 January Revolution.

Mubarak-era PM to be released