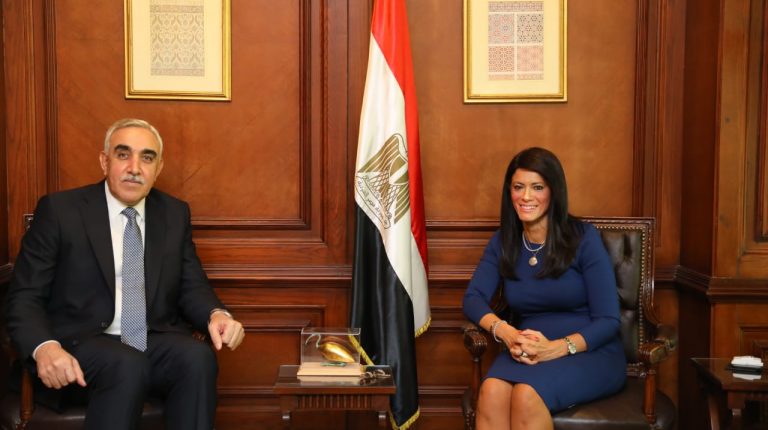 The committee will be held under the chairmanship of the two countries’ prime ministers, in implementation of the outcomes of the August tripartite summit between the leaders of Egypt, Iraq, and Jordan.

Minister Al-Mashat confirmed that the meeting aims to strengthen the distinguished historical relations between Egypt and Iraq at all levels. She referred to the permanent coordination with the Iraqi Embassy in Cairo to prepare for the Joint Higher Committee, which is considered a top priority during the current period.

The minister added that the recent period has witnessed intensive contact between Egypt and Iraq at the ministerial level, to pinpoint the most prominent areas of cooperation between the two countries.

She also pointed out that the committee will work towards finding the necessary legal framework for the advancement of bilateral cooperation between the two countries. This is expected to take place through the signing of a number of documents that regulate those relations.

Minister Al-Mashat noted that the Joint Higher Committee is undertaking the activation of bilateral and multilateral agreements that contribute to the completion of development plans.

These also aim to deepen industrial, agricultural, energy, tourism, building and construction investments, as well as those in other areas that serve the common interests of Egypt and Iraq.

The minister explained that the committee will lay down the ground rules for organising bilateral relations in the fields of health, education, scientific research, and social affairs. These will also affect the exchange of experiences in water resources, environment and information technology.

She also emphasised the utmost importance of the Egyptian private sector’s participation in the ongoing reconstruction projects in Iraq, as part of the strategic ties between the two countries.

Al-Dulaimi affirmed his country’s keenness to strengthen cooperation with Egypt through the Joint Higher Committee, and to work for the success of its activities. These bilateral efforts will contribute to deepening the partnership between Egypt and Iraq in various fields, and promote a stronger partnership.

The two sides discussed mechanisms to facilitate the work of Egyptian investment companies in Iraq, and the parallel return of Egyptian workers to Iraq. Minister Al-Mashat and Al-Dulaimi also discussed the Council of Arab Economic Unity’s role in joint Arab cooperation, and the preparations for the convening of the council’s regular session next December.