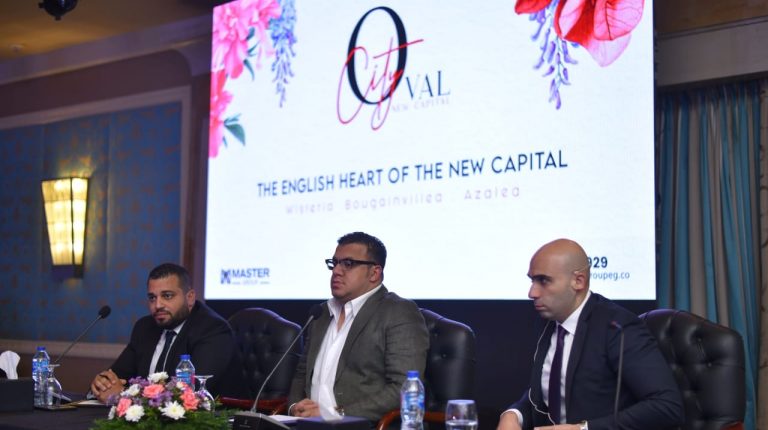 Speaking at a press conference on Tuesday, the company’s CEO, Mohamed Lashin, said the project is the company’s second at the NAC. It will be constructed on a 12-metre high plateau of 37 feddan, in the R7 area.

The City Oval development sits at the English heart of the NAC, Lashin said, with the project acting as an urban community with distinctive entertainment services that simulate English life.

He announced that, in addition to its NAC projects, Master Group Development is studying potential investments in Upper Egypt, as well as at Ras Sidr in Sinai. The company aims to take its place as one of the top 10 real estate developers in Egypt and the Middle East in the coming five years.

Lashin noted that the law of reconciliation for building violations is one of the most positive and important steps to first and foremost protect consumers, who will take this into account when purchasing a legal real estate unit.

He indicated that foreign clients have begun to express interest in the City Oval project, which has placed the project on the global investment map among other projects currently being implemented on the ground. These mega projects and the unprecedented completion rates have become a major catalyst for foreign investors who wish to see returns on their investments inside Egypt.

Master Group Vice-Chairperson Mohamed Mounir said that the company is looking to achieve external expansion through the Oxford Company, which handles the real estate marketing for the company’s projects both in Egypt and abroad.

Mounir added that the Oxford Company has, for the past two years, had a branch in Dubai, and is looking to open new branches in Kuwait and Saudi Arabia.

Mohamed El Kholy, Marketing Director at Master Group, noted that the City Oval development consists of three different areas, each of which has a special nature that distinguishes it from others within the project. The Bougainvillea area contains 31 villas; the Wisteria area is comprised of 34 twin houses; and the third region, Azalea, contains 1,021 units of varying areas.