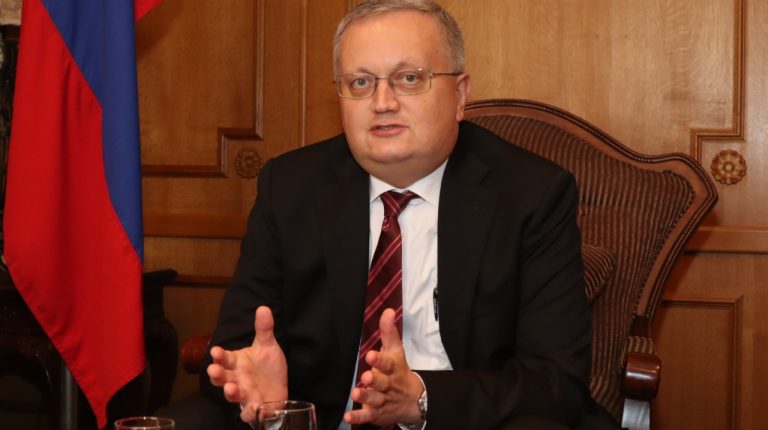 Russia is ready to cooperate with Egyptian authorities in the distribution of the former’s experimental vaccine against the novel coronavirus (COVID-19), Russia’s Ambassador to Egypt, Georgiy Borisenko, has told Daily News Egypt.

“Our embassy informed the Egyptian Ministry of Foreign Affairs and the Ministry of Health, on 17 August, that we are ready for cooperation with them,” Borisenko said.

The ambassador added, “The Russian Direct Investment Fund (RDIF), the main institution in Russia which is in charge of bringing this vaccine to the foreign market, is not only ready to supply it for other countries, but it is ready to localise the production in other countries in the world.”

The RDIF already has agreements with companies in Saudi Arabia and the UAE, the ambassador noted, adding that partners in both Gulf states have already started the final trials in their countries.

“For now, we have an Egyptian company which is interested in cooperation with the (RDIF), and installed direct contacts in order to undertake tests of this vaccine here in Egypt, and then it may to start the production of it in Egypt,” Borisenko said.

Meanwhile, the ambassador added that the vaccine, named Sputnik V, will be ready in Russia for extensive distribution in October.

“We hope that this vaccine can start to arrive in other countries sometime between October and November for the use,” Borisenko said, “They are starting already the vaccination of medical workers who are dealing directly with people with COVID-19, along with some social workers and teachers.”

Over 30 countries have expressed interest in using the Sputnik V vaccine, including India, the UAE, Saudi Arabia, and some South American states, according to a short presentation issued by the RDIF.

Over 40,000 people will take part in the Sputnik V clinical trials which are expected to take place worldwide, the RDIF added.

Earlier in August, Russia became the first country in the world to licence a vaccine against the coronavirus, following its approval by President Vladimir Putin.

The World Health Organization (WHO) responded to the news, saying that it is in discussions with Moscow to obtain further information about its experimental vaccine for the virus.

The WHO said that every vaccine must go through the same clinical trials, adding that the concern it has around safety and efficacy “is not specifically for the Russia vaccine, it is for all of the vaccines under development.”