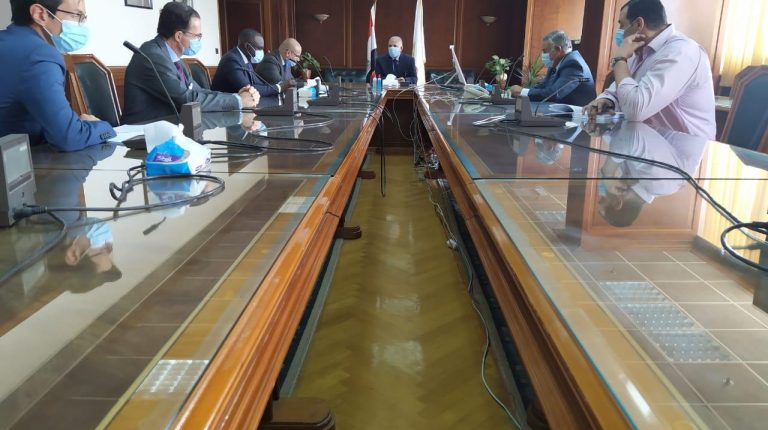 Abdel Aaty briefed Mbaye, who is currently on a visit to Egypt, on the country’s current water situation, and the historical ties between Cairo and other Nile Basin countries, particularly Ethiopia. Egypt relies on the River Nile for 97% of its water needs.

The Egyptian minister added that Egypt is constructing other dams for Nile Basin countries, including in Uganda, Ethiopia, and elsewhere along the Blue Nile.

“Egypt did not object construction of Ethiopian dams on the Nile, and has sought to support development in Nile Basin countries without harming its own water interests,” Abdel Aaty said.

He also said that Egypt has a credibly high efficiency in water usage and reuse, whilst making note of the potential environmental and economic impacts on Egypt of any water shortage.

Abdel Aaty reviewed the position of talks regarding the Grand Ethiopian Renaissance Dam (GERD) in the period from 2008 until the current phase of negotiations. He added that Egypt is keenness to reach a fair and sustainable agreement, and has the political will to achieve cooperation with and support development in Ethiopia. This would take place without causing serious damage to the two downstream countries of Egypt and Sudan.

For his part, Mbaye said that he specialises in studying environmental diplomacy, including water challenges. He also said that his visit comes as part of a geographical study of the Nile Basin, both from economic and environmental points of view and in terms of energy production.

He also wanted to hear Egypt’s views on the Ethiopian project, and to look into the possibility of France playing a role in the current GERD negotiations.