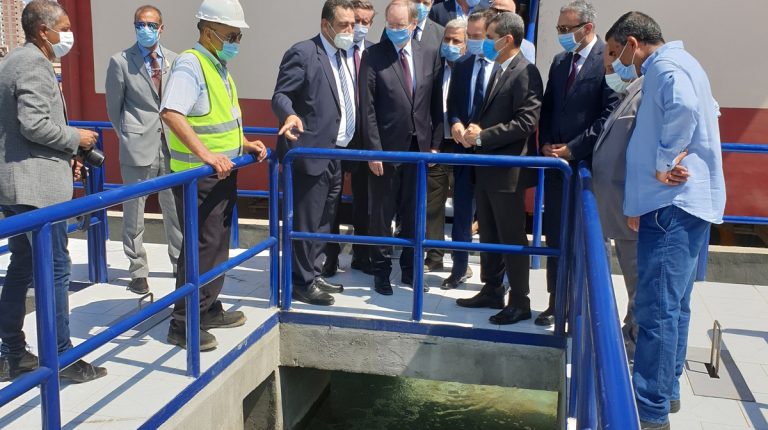 The Ambassador to Egypt from France, Stéphane Romatet, and Germany, Cyrill Nunn, were joined by the EU delegation head, Christian Berger, to inaugurate a water treatment plant project in Nile Delta’s Mahalla city, on Wednesday.

The inauguration took place in the presence of representatives from the Egyptian authorities.

The project includes the modernisation of the existing water treatment plant and increasing its capacity to about 40,000 cbm of water per day. A total of 345,600 residents in the area around Mahalla will now enjoy access to clean, high-quality water as a result of the infrastructure project, which comes under the Improved Water and Sanitation Programme (IWSP 1).

Several financiers were involved in the project to modernise the existing infrastructure projects, and in establishing new ones to improve water services and water treatment for residents in the four governorates.

The water treatment plant project in Mahalla is being used as a model to be followed in terms of coordination between various European financiers. A total of €295m in funding has been jointly provided by the Agence Française de Développement (AFD), the European Union (EU), the European Investment Bank (EIB), and the German Development Bank (KfW). Also, additional funding has been provided by the Egyptian government.