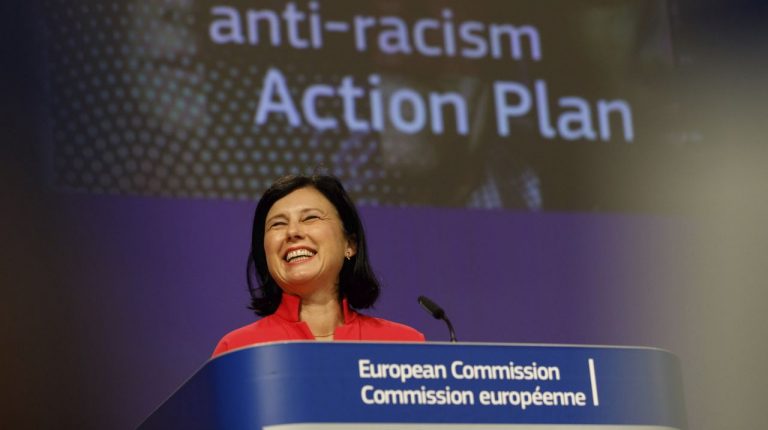 The European Commission on Friday unveiled its plan to step up enforcement and raise more awareness about racism, with the ultimate goal being a radical shift in people’s mindset that such behavior is not tolerated in the Europan Union (EU).

“It is time to acknowledge and act against the prevalence of racism and racial discrimination, to consider what we can do, engaging at local, national, EU and international levels. The EU is built on diversity and on fostering a society of pluralism, tolerance and non-discrimination: we need to act not only out of responsibility but also to be true to our values,” the commission said in its document.

Launching the document, European Commission Vice-President for Values and Transparency Vera Jourova said that Europe had reached a moment of reckoning.

“Change must happen now. It won’t be easy, but it must be done. We are going to work harder on this. We won’t shy away from strengthening the legislation if needed,” she said.

The new anti-racism action plan sets out a series of measures including ensuring that member states fully implement relevant EU laws and further strengthen the legal framework, especially in areas not yet covered by the non-discrimination legislation.
The plan aims to fight racism in Europe more effectively, including through the adoption of national action plans against racism by the end of 2022.

“It’s not enough saying that we are against racism. With this action plan, we acknowledge that racism is not only perpetrated by individuals but is also structural. Therefore, we need to address it at all levels of governance to turn the tide,” said European Commissioner for Equality Helena Dalli.

Efforts will be made to address law enforcement, social attitudes, stereotypes and economic concerns and encourage EU member states to adopt their respective anti-racism action plans, she added