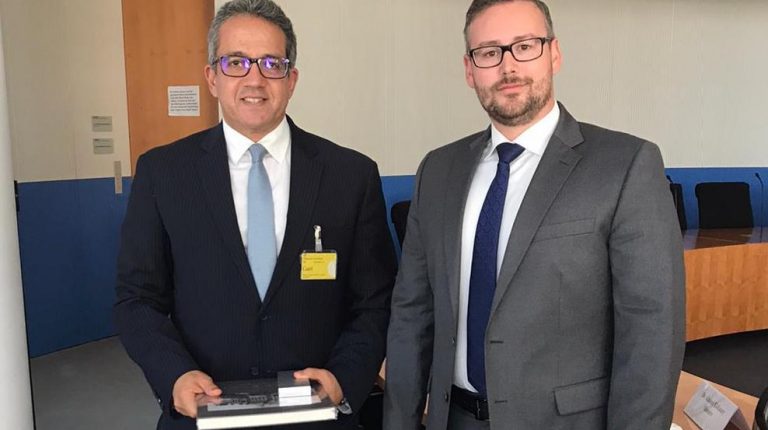 About 250,000 tourists from 15 countries have visited Sharm El-Sheikh and Hurghada since international tourism to Egypt on 1 July, according to Minister of Tourism and Antiquities Khaled Al-Anani.

The minister’s remarks came at a press conference held during his one-day visit to the German capital, Berlin, on Friday, which was attended by German media representatives.

Al-Anani said that the success of Egypt’s precautionary measures against the novel coronavirus (COVID-19) was reflected in the number of tourists coming to the country since inbound tourism resumed on 1 July. He added that the resumption of the cultural tourism in Egypt since early September was a further indicator of this.

He said that Egypt remains a top market for German tourists, and is a popular destination for German visitors looking to travel.

During this visit, Al-Anani held intensive meetings to discuss the resumption of tourism from Germany to Egyptian destinations. He met with a number of high ranking officials, including Germany’s Minister of State for Tourism Affairs, and the Minister of State for Foreign Affairs Heiko Maas, among others.

During his bilateral meeting with AfD-Chairman of the Tourism Committee at the Bundestag, Sebastian Münzenmaier, Al-Anani praised the distinguished relations between Egypt and Germany in various fields. He added that these would provide further opportunities for enhancing bilateral cooperation between the two countries.

He reviewed Egypt’s successful experience in resuming inbound tourism at its tourism hotspots in the Red Sea and South Sinai Governorates. Particularly important here has been the commitment to applying the health and safety measures to preserve the health of citizens, tourists and tourism sector workers.

Münzenmaier expressed his country’s appreciation for the ties of cooperation with Egypt. He also praised Egypt’s unparalleled tourism potential, and its role as a favourite travel destination for German tourists.

Al-Anani was in Berlin, on Friday, for a one-day visit, the first to Germany by an Egyptian official following the emergence of the coronavirus. It capped his visit to the Georgian capital, Tbilisi, in which he participated at the session the 112th session of the Executive Board of the UN World Tourism Organization (UNWTO).