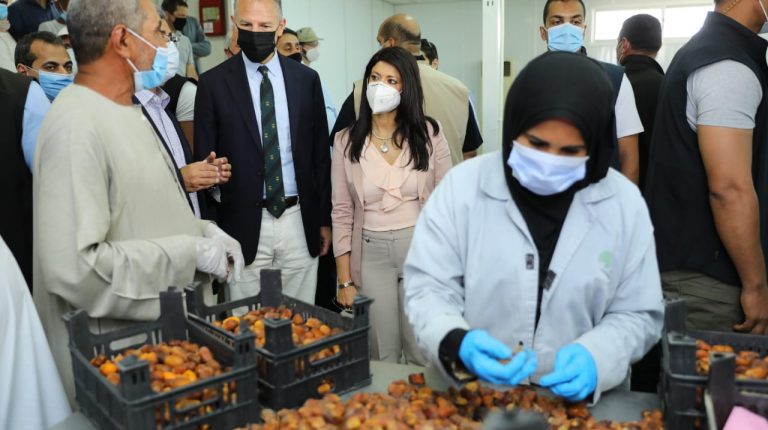 The US has provided over $1bn in aid to improve Egypt’s productivity and agricultural marketability as part of the partnership between the two countries, according to US Ambassador to Egypt, Jonathan Cohen.

Cohen remarks came during a visit to Luxor with Egypt`s Minister of International Cooperation, he added that the US has also contributed $3.5bn to developing drinking water and wastewater services to more than 25 million people across Egypt.

Egypt’s Minister of International Cooperation, Rania Al-Mashat visited several development programmes set up in partnership with the US Agency for International Development (USAID), targeting farmers, women and youth in the Luxor governorate. The programmes aim to improve climate-resilience of target segments of Egyptian society, boosting water and food security, as well as provide job opportunities for youth.

Minister Al-Mashat noted that the projects fall under her ministry’s ‘Global Partnerships Narrative’ initiative, which is focused on three main pillars: people at the core, projects in action, and purpose as the driver. The initiative’s three pathways have been put in place to streamline all development efforts under one umbrella.

To empower farmers and communities in Upper Egypt, the USAID –funded “Advanced Marketing and Agribusiness Logistics” AMAL Horticultural Pack House has helped triple the incomes and employment opportunities for local farmers. It has also connected them with local and regional markets, whilst increasing productivity through smart farming technologies.

Targeting women and children, in particular, the project will help to improve the nutritional status of women and children, through increased and strengthened local food production in several governorates, including Beni Suef, Assiut, Sohag, Qena, and Aswan, as well as Cairo.

The project has so far seen over 400 tonnes of food produced in one year and created over 78,000 job opportunities in nine markets linked to Sohag, Qena, and Aswan, among others.

During her visit to Luxor, Minister Al-Mashat reviewed several other projects, including the “Feed the Future” initiative, which has also received USAID funding. The initiative falls under the US government’s Global Hunger & Food Security Initiative and aims to help Egyptian smallholder farmers comply with global agricultural practices and fair-trade standards.

The minister also visited the inauguration of the USAID-funded new wastewater stabilisation and treatment plant, which will have the capacity to serve up to 332,000 people until 2037. The plant will use energy-efficient technologies and low power consumption, to reduce the costs of operation.

Projects include a new centre for packaging and exporting farmers’ products, a sorting and packaging station, and a water desalination plant.