An Egyptian archaeological mission, headed by Supreme Council of Antiquities Secretary-General Mustafa Waziri, has uncovered a range of Ancient Egyptian artefacts in a burial well in Minya Governorate. 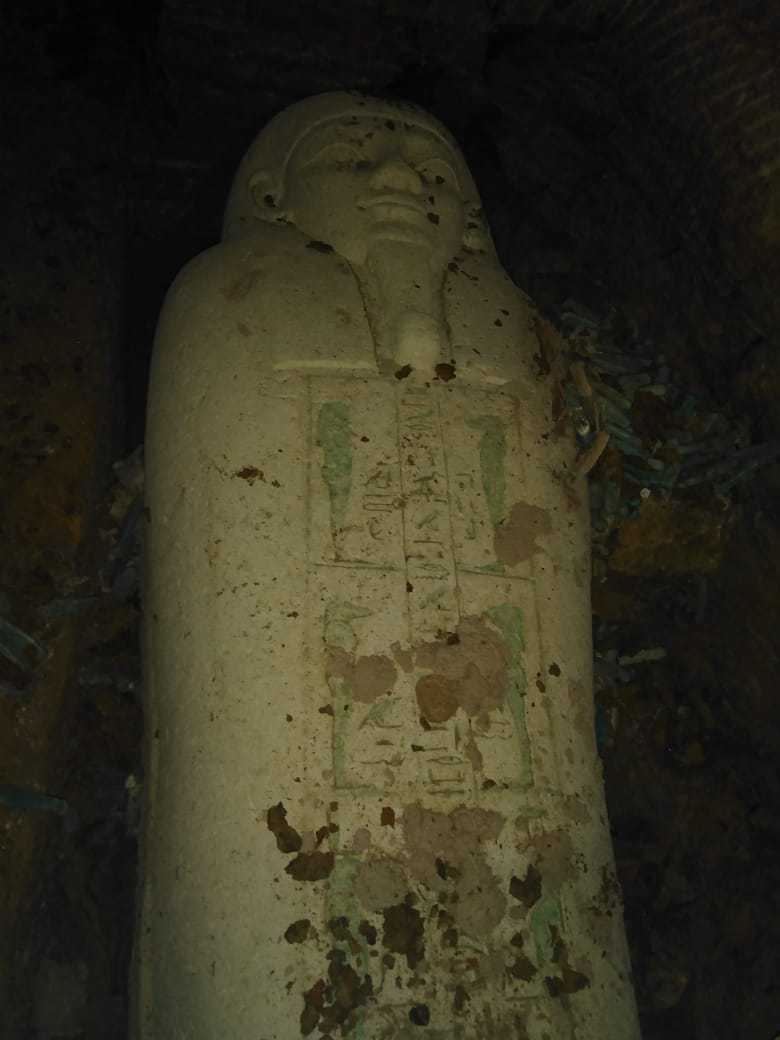 The artefacts, discovered during excavations at the Al-Gharafa archaeological area of Tuna El-Gebel, include a limestone coffin and a number of shabti figures.

Al-Waziri said that the mission began its fourth season at the site by removing existing debris, which led to the well’s discovery at a depth of 5 metres.

The limestone coffin, which was found in the well, features painted reliefs in good condition representing the four children of Horus. The group of shabti figurines, left in ancient times with the dead as servants for the afterlife, was discovered next to the coffin.

Al-Waziri added that the initial inspection work indicated that the mummified remains in the coffin belong to Jahouti Umm Hoteb, who lived during the 26th Dynasty. It is believed that Jahouti Umm Hoteb held the position of the Great Khums and the supervisor of the thrones.