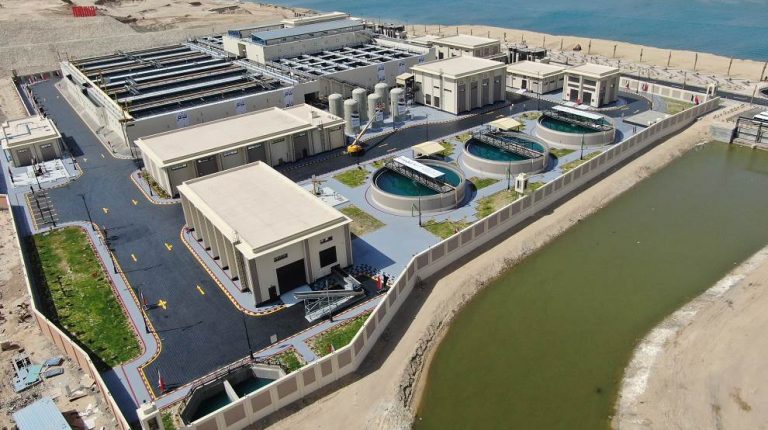 The Al Mahsamah plant for treating and reusing agricultural wastewater, located in Ismailia, has won the Engineering News-Record (ENR) award for the Best Global Project for 2020.

The Egyptian government has long planned to settle more of the country’s population, and develop farmland, in the sparsely populated and arid Sinai Peninsula.

As part of that plan, the government and its Engineering Authority for the Egyptian Armed Forces built one of the world’s largest water-reclamation plants on the eastern edge of the Suez Canal.

The project, which aims to address the growing threat of water scarcity in Egypt, was completed it in one year. The materials and supplies for the project had to cross the Suez Canal to the site, with the team having to accommodate over 3,000 people working in the middle of a desert.

“The Al Mahsama plant will significantly contribute to combating water scarcity in the country and will have a resounding impact on Egypt’s water-security agenda, transforming the scope of wastewater treatment across Africa,” said Hassan Allam, Chairperson of Hassam Allam Construction, in a statement when the plant was inaugurated 22 April.