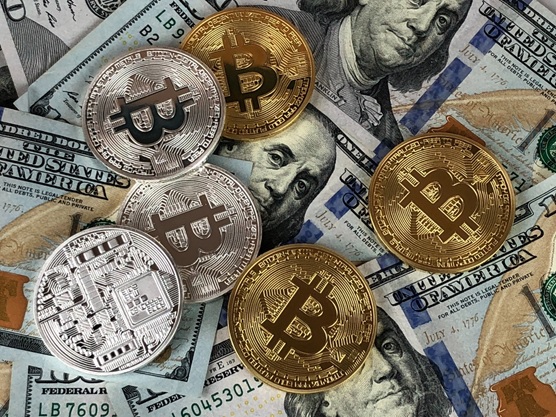 Cryptocurrencies have become more popular over the years with over 5,000 available in the world. Investors might wonder how to invest in them and might need a beginner’s guide to cryptocurrencies. Let’s take a look at the cryptocurrencies market in Egypt and middle eastern countries.

Some middle eastern countries have taken enormous strides by integrating cryptocurrency trading and other blockchain technologies into their economic systems. One that particularly stands out is the United Arab Emirates. By initiating the Global Blockchain Council, making cryptocurrency transactions tax-free, and launching an official Emirati coin, EMCASH, the UAE has transformed into the cryptocurrency oasis of the Middle East. Other middle eastern countries have noticed, and some have even begun to reconsider draconian laws governing cryptocurrency, slowly accepting digital currencies into their financial systems. Recently, the government in Egypt announced that it is considering pursuing a lift on its crypto exchange ban.

In 2018, the government of Egypt placed an all-out ban on cryptocurrency trading. Ultimately, concerns over money laundering, tax evasion, and other illegal activities worried the government to the point of imposing that ban. However, after seeing firsthand how their neighbors in the UAE successfully implemented crypto regulation, Egyptian legislators determined that the cryptocurrency ban needed reconsideration. Ultimately, the bill aims to make the Central Bank of Egypt the foremost regulating cryptocurrency trading authority in the country.

Saudi Arabia has also implemented cryptocurrency rules, especially pertaining to remittances. Ripple, the coin used to transfer money between countries, partnered with the National Commercial Bank of Saudi Arabia to enable swift cross-border remittances for the 10 million foreign workers who live as expatriates in Saudi Arabia. Iran also legalized cryptocurrencies, though heavy-handed regulation has erected considerable barriers to entry for would-be miners. In mid-2019, the Iranian government allowed bitcoin and other crypto miners to operate legally within the country, but the high cost of permits drove many miners underground. In Lebanon, citizens have become accustomed to cryptocurrency trading, as their government has recently fallen into an economic black hole, with banks running out of money. Thus, many Lebanese citizens would prefer to hold bitcoin rather than their native currency.

Lebanese citizens continue to buy and use cryptocurrency even though cryptocurrency trading remains illegal in Lebanon. Some notably wealthy middle eastern countries, including Kuwait, Qatar, and Oman, have deemed cryptocurrencies illegal but have expressed a willingness to explore possible regulation, like Egypt.

From being outright illegal to issuing state-sponsored coins, the Middle East has a wide array of cryptocurrency exchange regulations. Citizens in less stable countries, such as Lebanon and Iran, tend to favor holding cryptocurrencies rather than their native ones. It can be predicted some of the more stable countries, like Qatar, Kuwait, and Oman, will follow the example set by the Emirates and Saudi Arabia and gradually adopt cryptocurrency exchange regulation, along with blockchain applications for public services. Because cryptocurrency trading and blockchain applications will continue to gain popularity, countries that fail to implement these changes will fall behind.

Things to consider when approaching the Bitcoin trading world

Factors to Consider When Choosing a Bitcoin Trading Wallet

Pros and Cons of Bitcoin Trading in 2020