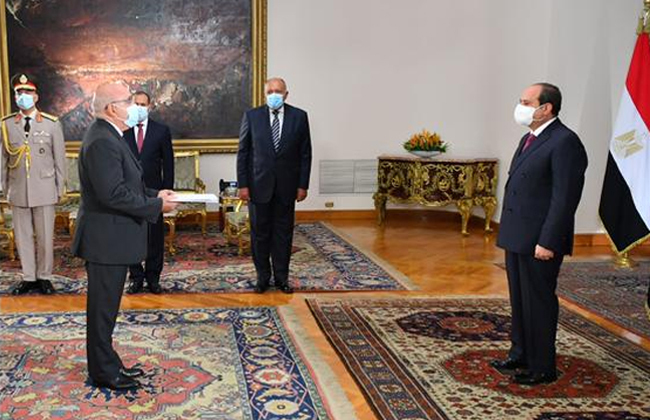 President Abdel Fattah Al-Sisi received, on Wednesday, the credentials of 15 new ambassadors to Egypt, a presidency statement has announced.

Al-Sisi received the credentials for the ambassadors of Uruguay, Portugal, The Vatican, Israel, the Republic of Korea, Bangladesh, Sudan, Denmark, Ethiopia, Hungary, the European Union (EU), The Netherlands, Belgium, Kazakhstan, and Lesotho.

In June, Israel finally approved the appointment of veteran diplomat, Amira Oron, as its new ambassador to Cairo, a full 18 months after her selection for the post in late 2018, the Israeli Embassy in Cairo said in a statement.

Although Oron will be the first Israeli woman to serve as Israel’s diplomatic representative in Egypt, it is not her first time to serve at the Israeli Embassy in Cairo.

She was selected for the post by Israel’s Ministry of Foreign Affairs in late October 2018, but a vote on her appointment was delayed as Prime Minister Benjamin Netanyahu was considering a Likud lawmaker for the position instead.

Oron succeeds David Govrin in the ambassadorial role, with Govrin having left the post last year. Charge d’Affaires Eyal Sela has stepped in as acting ambassador at the embassy since then.

Egypt and Israel signed a US-sponsored peace treaty in 1979. Eliyahu Ben-Elissar was the first Israeli Ambassador to Cairo, holding the post for one year from 1980.