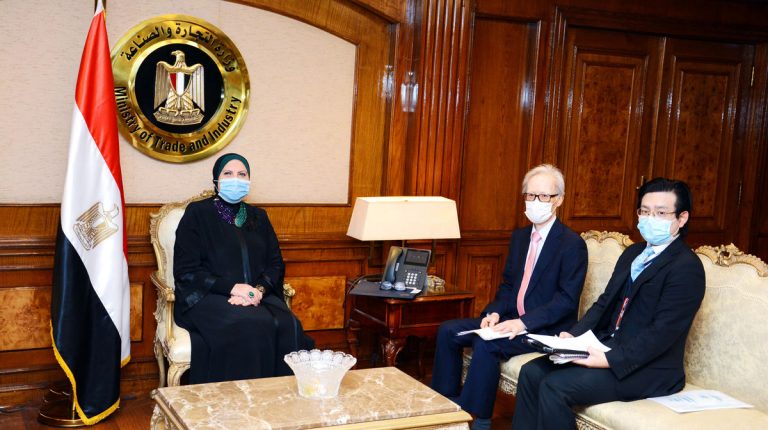 Egypt’s Minister of Trade and Industry Nevine Gamea met with Japan’s Ambassador to Egypt Masaki Noke, on Tuesday, to discuss methods of developing economic relations between the two countries.

During the meeting, the two sides placed a particular focus on developing relations in the industry, trade and small and medium-sized enterprises (SMEs) sectors.

She noted that her ministry is ready to provide full support to Japanese companies operating in Egypt, which will positively affect production and employment rates.

As part of this, a study is currently underway to implement a financing programme worth $150m, of which $100m will be allocated to industrial and digital transformation projects. A further $50m will be granted to agricultural projects, and projects with high credit risks.

She also highlighted the importance of the Japanese auto industry’s participation in the Egyptian government’s ongoing and large-scale project to convert vehicles to work with compressed natural gas (CNG).

The minister called on Noke to follow up on his country’s approval to lift the ban on Egyptian citrus exports to the Japanese market. This is particularly related to the high quality of Egyptian citrus fruits, and the country’s good international reputation in foreign markets.

For his part, Ambassador Noke affirmed his country’s keenness to consolidate bilateral relations between the two countries in various fields and at various levels. He said that Egypt is a strategic partner for Japan in the MEA region.

Noke added that joint coordination is underway between the two countries to hold the first edition of the Egyptian-Japanese Business and Investment Committee, which aims to create a enhance the private sector’s business environment in the two countries and enhance joint trade and investment relations.