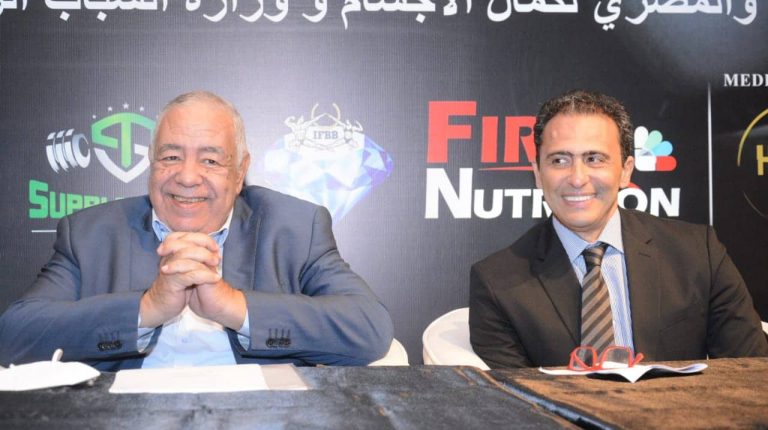 The Egyptian Federation of Bodybuilding, headed by Adel Fahim is facing a race against time to finish the preparations needed for the Muscletech Egypt IFBB Pro Diamond Cup 2021.

The international competition, which will be held under the auspices of President Abdel Fattah Al-Sisi and the supervision of Minister of Youth and Sports Ashraf Sobhy, will take place from 18 to 20 February next year.

The current period is witnessing intensive meetings of the federation’s board of directors, to finalise the formation of all committees and prepare for the important event.

The board recently held a press conference, which was attended by a large group of public figures, most notably the members of the International Federation of Bodybuilding (IFBB), including its president, Rafael Santonja.

Fahim emphasised that this tournament differs from previous tournaments, due to the huge rewards allocated to the first-place winners, which amount to EGP 2m. He added that the tournament is under the full supervision of the IFBB.

He noted that this was due to the high level of importance that has been placed on the tournament. The championships’ winners will qualify for the Elite pro world championships, which are normally held in Europe, although Egypt is strongly contesting to host the championships next year.

In the same context, Abdel-Azim Hegazy, the official partner of the tournament, said that the goal is to contribute to the promotion of bodybuilding as a sport. The competition’s winners will be chosen and technically sponsored, to ensure that Egypt’s national bodybuilding team returns to its historic glories and previous international achievements.