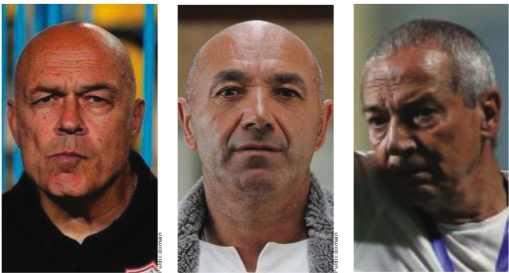 The talk of the town at Zamalek Sporting Club (SC) is very much focused on who its next foreign manager will be, to succeed Frenchman Patrice Carteron in the highly coveted role.

Carteron recently left the team, using the penalty clause, having signed a contract with a Saudi team.

The head coach file is proving a source of immense worry for the club’s board, headed by Mortada Mansour, especially as three coaches have already turned down the role.

Initially, the White Knights had approached Switzerland’s Christian Gross, who won the Confederation Cup and the Egyptian Super Cup with the team in his first term. Gross wanted to sign a two-month contract until the end of the CAF Champions League, while Zamalek preferred to sign a contract that extended for at least a year.

The second refusal came from Portugal’s Jesualdo Ferreira, the team’s former head coach and who is much beloved by Zamalek fans. Ferreira took the team to the top spot to win the Egyptian Premier League title and the Egypt Cup in the 2015 season. He, however, left at the end of the 2015 season, offering an apology to officials at the club and confirming that his circumstances prevented him from training Zamalek for a second term.

The third coach to turn down the offer was Jaime Pacheco, also from Portugal, who agreed to the principle of returning to lead Zamalek for a second term. However, he requested a large sum in recompense for taking on the role, which was rejected by Zamalek officials, especially as the club’s treasury cannot bear that amount for a foreign coach.

After the exit of the three most famous coaches, all of whom have previously trained Zamalek, only Argentina’s Gabriel Calderon and Italy’s Paolo Tramezzani, remain before the Zamalek board.

Speaking of the team technically, the first team won against Tanta in the 29th round of the league on Tuesday. The team isn’t resting on its laurels, however, with some intense preparations underway at the club’s arena on Thursday in preparation for the El Gouna match, which will be held next Sunday. The two teams will clash in the 30th round of the Egyptian Premier League at the Cairo International Stadium, with the White Knights hoping to reap the three points to maintain the second place and qualify to participate in the African Champions League next season.